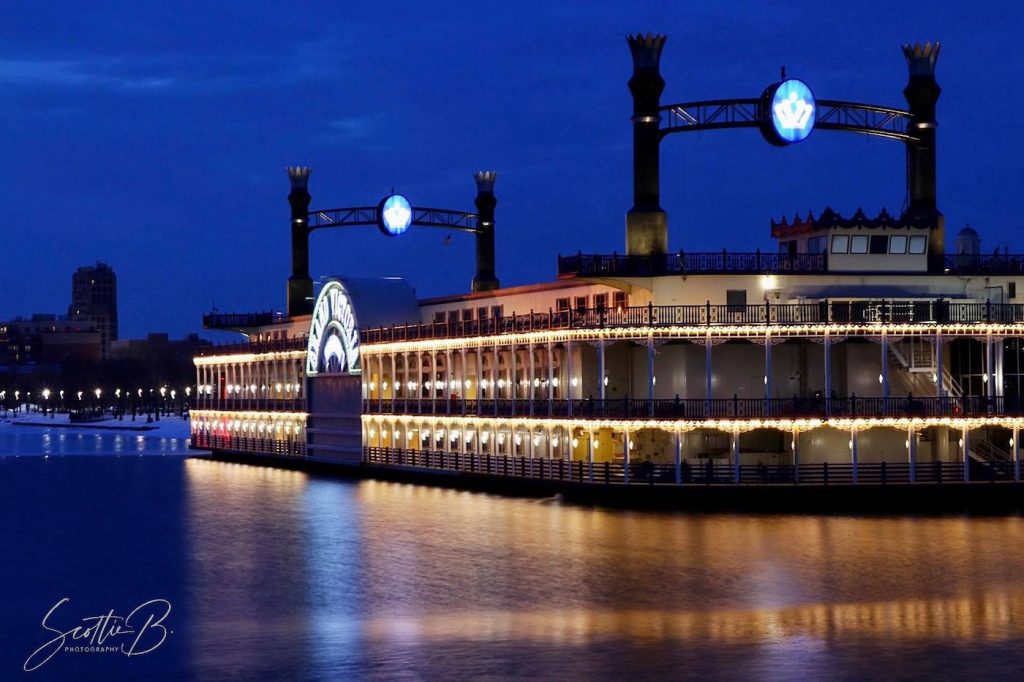 Since the U. S. Supreme Court overturned the Professional and Amateur Sports Protection Act (PASPA), there has been a rush by many states to enact new gaming avenues and venues for their citizens. Sometimes those venues also call for expansion on their own. In two states, Illinois and West Virginia, new gaming avenues are potentially going to be offered, with the revenues naturally benefitting the coffers of each state.

Expansion of Poker Room in Illinois

In Illinois, the new owners of Caesars Entertainment, Eldorado Resorts, will be expanding the operations of one of their properties along the Fox River northwest of Chicago. The property is the Grand Victoria Casino, which Eldorado bought in 2018 before they purchased Caesars in 2020. The riverboat casino is a well-established operation in the Illinois gaming system, and the improvements proposed by Eldorado Resorts should make it even more appealing.

As a part of a renovation plan, Eldorado Resorts will be adding a new sportsbook – reflective of the new sports betting laws in the Land of Lincoln – and refurbishing the poker room into a World Series of Poker-branded room. The changes will eliminate one of the dining options for patrons of the casino, but Grand Victoria officials are already putting the changes to work in their favor.

The new sportsbook is going to look to cater to the bettors, with three customer service windows and four kiosks available to take betting action. Additionally, the newly renovated poker room will be the host of a WSOP Circuit event from November 10-21. These new features will be excellent additions to the more than 1000 slot machines and thirty table games that are already a part of the Grand Victoria offerings.

Many states have had issues with online poker, one of the features of online casino gaming that has fallen behind. Since its first offering in 2013, online poker for individual states has lagged significantly in revenues behind online casinos. Because it takes a sizeable chunk of players to build revenues through rake, the revenues just have not been there.

The way around this has been through the creation of the Multi-State Internet Gaming Agreement, or MSIGA. This original compact was founded through the “original three” of online casino gaming and poker in the U. S., Delaware, Nevada, and New Jersey. Through that outlet, those three states pooled their poker-playing ventures into a solitary bloc.

Now, more states want to join the MSIGA party. Michigan has already signed on to join the MSIGA, but there are delays in the full implementation due to regulations in the Wolverine State. There is also a new state that wants to get in the game and, due to its size, it may be the only way that online poker would be offered by the state’s online casino gaming outlets.

What is holding up the move in West Virginia? One of its five operators must petition the West Virginia Lottery, the regulatory authority in the state, to join the MSIGA. As of today, none of those outlets, which include Mountaineer Casino, Greenbrier Casino Club (and others) has stepped up. Neither have those software providers which has a voice, including Rush Street Interactive, Caesars (using WSOP/888), or FanDuel (PokerStars).

Currently, the “lone ranger” is Pennsylvania. The Keystone State seems to be incredibly happy with the performance of their state’s online gaming industry and does not feel the need to compact with the other states. Pennsylvania is the largest of the states that have passed online gaming and poker regulations so, naturally, they would not want to share their revenues with the other, lesser-performing operations.

It has long been the thing that has held back online poker in the U. S. – the inability to build a player pool. Small player pools prevent players from coming to the action; why would someone take part if it is the same X number of players consistently? If Michigan were to fully enter the MSIGA full bore and West Virginia enter the game, could Pennsylvania continue to ignore the potential for a compact?

The online betting world in the States of America is in a constant state of flux. Many states are passing sports betting and daily fantasy sports (DFS) regulations, looking to capture the vast revenues from those endeavors. How soon until other states get in with the online casino and poker operations? And how long will it be before the federal government attempts to get its piece of the pie?