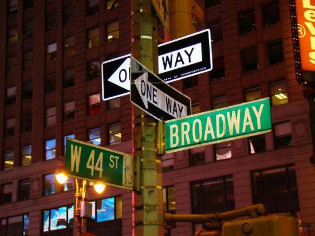 It is on to the full Senate for a bill that would regulate and legalize online poker in New York state, as the bill has passed the Senate Finance Committee Tuesday by a 27-9 vote. On Valentine’s Day, the bill passed the Senate Racing, Gaming and Wagering Committee by a unanimous 11-0 vote.

The purpose of S3898, according to the text of the bill itself, is:

To authorize the New York State Gaming Commission to license certain entities to offer for play to the public certain variants of internet poker which require a significant degree of skill, specifically “Omaha
Hold’em” and “Texas Hold’em.”

Straightforward, it is (Yoda…I am?).

The bill is sponsored by Republican State Senator John Bonacic, who has taken up the online poker cause during the last few years. He introduced a bill last year and everything was going well, especially when it sailed through the Senate by a 53-5 vote, but the Assembly never even voted on it.

Bonacic has been confident about his bill this year, telling GamblingCompliance, “Last year, there was too much gaming for the Assembly to consider with fantasy sports and the efforts in New Jersey for a referendum to put a casino in the Meadowlands, and I really think that it got put on the back burner. So now we are putting it in the front burner.”

We won’t bore our readers with all of the finer points of the poker bill, but some of the provisions, as we listed out in February, as well, include:

•    Permits the state to enter into interstate gaming compacts so that player pools can be combined.
•    15 percent tax on gross gaming revenue
•    A maximum of ten licensed operators who must pay a licensing fee of $10 million each. Licenses would be good for ten years.
•    Most forms of poker would be authorized, even though the above “purpose” statement only mentions Hold’em and Omaha (that was likely just a simplification, as Hold’em and Omaha are the two most popular forms of online poker – there would be no reason to exclude other forms, like Stud).
•    When and if the bill is signed into law, there will be a 180-day grace period before licenses can be issued and games can start, likely to make sure the state is properly prepared.
•    Operating an online poker site without a license is a crime. Unlicensed operators will be both fined and taxed.

One of the reasons that the bill didn’t get voted upon in the state Assembly last year was Assemblyman Gary Pretlow, who was actually the sponsor of the Assembly’s version of the bill. In a February interview with FIOS1 News’s Andrew Whitman, he said that he was not confident about operators’ ability to prevent cheating. Fortunately, after visiting New Jersey’s Attorney General, he came away impressed and is now “satisfied” that cheating can be prevented as much as is reasonably possible. Pretlow now believes the bill shouldn’t have problems in the New York Assembly, assuming it gets there.

“When I do sign off on something,” he told Whitman, “my colleagues feel that it is a good deal and they don’t question why I made a certain decision. They know that if that decision was made, it’s for good reason. So I don’t really see there’s going to be much opposition to moving this along.”