Home No Poker When Pennsylvania Casinos Open This Week 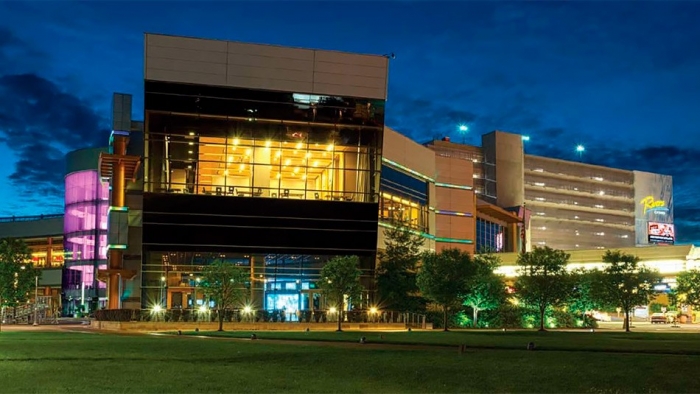 As reported last week here at Poker News Daily, the commonwealth of Pennsylvania will reopen their casino industry next week. One of the things that will not be opening when the doors swing open in the Keystone State, however, are the poker rooms. For the time being, the Pennsylvania Gaming Control Board has stated that poker rooms in the casinos will not reopen and there is no current timeframe for those parts of the establishments to be opened.

Cards and Chips Are the Question

The problem with poker, according to the PGCB, is that poker utilizes poker chips and cards. Because players are handling those two devices, they can potentially pass around infections, such as the COVID-19 virus that has shut down these very casinos for the last three months. In a statement to the Philadelphia Inquirer, the PGCB flatly stated that “poker rooms are not authorized to operate due to players handling cards and chips.”

This will affect two of the casinos that will be opening this week. The Meadows Casino south of Pittsburgh and the Rivers Casino located in Pittsburgh will both open on June 9 (Tuesday) without their poker rooms being operational. The third casino that will open next week, Lady Luck Nemacolin, will open on Friday (June 12), but it does not have a poker room.

There are some other things that might be a bit worrisome in the Pennsylvania casino scene. Rivers Casino has gone as far as taking the tables out of the poker room and replacing them with a dozen blackjack tables. The addition of these tables allows for Rivers to meet the “social distancing” requirements of the PGCB and will allow them to have three players in action per table, or another 36 customers.

As to the remainder of the casino industry in Pennsylvania, they are just going to have to wait to get back in the game. Those casinos are not expected to open for another two weeks, the PGCB stated. Those casinos that cannot open are located in areas that have not reached the “green phase” of Pennsylvania’s three-tiered system (red, yellow and green) for reopening businesses.

In Florida, it seems that they are going full steam ahead into the storm with their poker games. At Orange City Racing & Card Club, the action is nine-handed, but the catch is that a mask is required for play and you do have to bring your own. At One-Eyed Jacks in Sarasota, the action has been kicked up to eight handed and tournament action has been outstanding. These two rooms might be the ones who push the issue as many other rooms in the state have been playing with a six-handed limit.

Two other Florida poker rooms are also offering enticements for the players to come back to the felt. At TGT Poker & Racebook, their Tuesday through Thursday tournaments will feature a $1000 guaranteed prize pool for a $60 buy in. On Fridays and Saturdays, that guarantee will ramp up to $3000, with a $110 buy in on Friday and a $160 buy in on Saturday.

The Silks Poker Room at Tampa Bay Downs Racetrack will reopen on Sunday, June 14, from 10AM to 2AM for cash and tournaments. For a period, there will be no simulcasting on the grounds because of upgrades to the facilities. The Silks Poker Room will require masks being worn and temperatures to be taken, with anyone over 100.4 degrees being denied entrance to the poker room.

Silks Poker Room isn’t stopping there, either. The have stated that they will be conducting a “daily fogging” of the poker room to “kill pathogens using electrostatic fogging…(with a) EPA-approved chemical formula that eliminates the coronavirus.” As soon as the poker room closes each night, the fogging will commence. The Silks Poker Room will also use a new air filtration system, the Solaris IAQ (indoor air quality) system, during its operational hours.

As the flock of people hitting Las Vegas have shown, people are bursting at the seams to get back to gamble. How soon will it be before poker rooms are back to some semblance of normal?