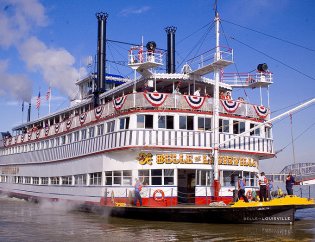 Last Friday, Judge Thomas Wingate issued an Order of Abeyance in the Kentucky internet gambling case, effectively freezing the status quo for 30 days. Motions filed by the State and the Interactive Media Entertainment and Gaming Association (iMEGA) “shall be held in abeyance until such time as this Court rules on the legal standing question of whether associational representation is proper in an in rem proceeding.”

For those who aren’t legal experts, iMEGA Chairman Joe Brennan laid the groundwork for where the case currently stands: “Everything is in time out until everyone has an opportunity to be heard on the matter of associational standing. It seems by the court’s brief that they’ve accepted that iMEGA has met the requirements for associational standing as laid out by the State Supreme Court. The court must determine whether it’s warranted to have an association intercede in this matter when the court is still looking at it as an in rem jurisdiction.”

Now, iMEGA will submit a brief arguing why it’s appropriate for an association to intervene on behalf of the 141 internet gambling domain names seized by the Commonwealth of Kentucky two years ago. The southern state is seeking the forfeiture of the URLs, which belong to sites like PokerStars and Full Tilt Poker. If successful, these domains may be unavailable not just in Kentucky, but also around the world. Kentucky’s lawyers are allegedly working on a contingency-fee basis, according to Brennan.

On his reaction to hearing that the court had issued an Order of Abeyance in the case, Brennan told Poker News Daily on Monday, “When the court comes back and doesn’t rule against you, it’s always a victory for us. This draws things out more, which provides more exposure to a critically flawed argument by the State.” The State argued in part that domain names constitute “gambling devices” under Kentucky law, a two-word term traditionally reserved for tangible objects like slot machines that you’d find in an underground casino.

Organizations that wish to file amicus briefs in the case now have 30 days to do so. Judge Wingate asked that the briefs focus on whether associational standing is appropriate in the case. Last Monday, a hearing in Frankfort, Kentucky was held, but no ruling was made on iMEGA’s Motion to Intervene on behalf of the 141 internet gambling domain names at risk.

The domains were originally seized in September 2008, allegedly without due process and Judge Wingate upheld the State’s actions. iMEGA then sought the intervention of the Kentucky Court of Appeals, which ruled by a 2:1 margin in January 2009 that the State did not have jurisdiction to seize the domain names in question. Commonwealth attorneys appealed to the Kentucky Supreme Court, which promptly sent the case back to the trial court to determine standing.

The Commonwealth has also filed a separate case to recoup funds lost by state residents against Party Gaming, Pocket Kings, and Microgaming. The former two are the parent companies of PartyPoker and Full Tilt Poker, respectively. Party Gaming vacated the U.S. market in 2006 following the passage of the Unlawful Internet Gambling Enforcement Act (UIGEA), while Microgaming followed suit in 2008. Full Tilt Poker continues to accept U.S. action and is the second largest online poker site in the world in terms of cash game volume.

Stay tuned to Poker News Daily for the latest.