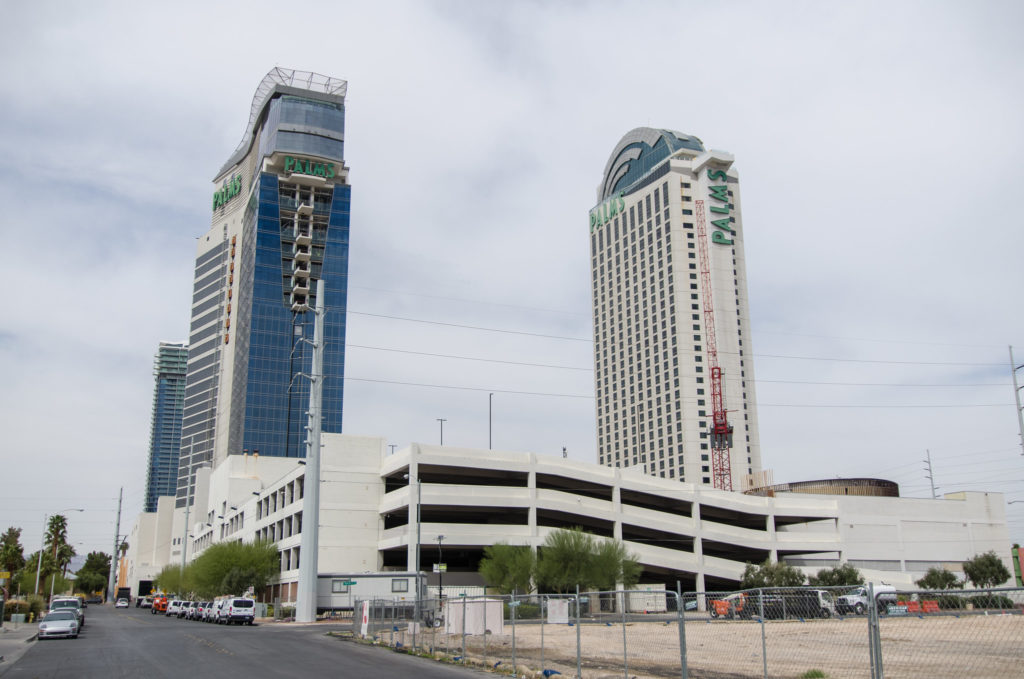 The San Manuel Band of Mission Indians has announced that the Palms Casino Resort in Las Vegas will finally reopen the evening of April 27. The hotel started taking reservations yesterday for stays beginning April 28.

The grand reopening also coincides with the NFL Draft, which will be held on the Las Vegas Strip, behind the High Roller and The LINQ, next to the Caesars Forum. It appears that the Palms reopening was not specifically planned with the NFL Draft in mind, but it is potentially fortuitous, as it may bring traffic to the property.

“We know it’s more challenging to open when it’s really, really busy,” general manager Cynthia Kiser Murphey told the Las Vegas Review-Journal. “I think the most important thing for us was to get people back to work. We balanced knowing that the draft was going to be in town against the idea that we really needed to get open.”

More than 900 employees have been hired, many of whom worked at the Palms before it closed. They began orientation on Monday.

The Palms filled the niche of the hyper-cool, upscale casino resort and it leaned into that niche hard. It opened in November 2001, home to 703 rooms and some extremely expensive suites. When it reopens, the number of rooms will be upped to 766, but those suites will still be there, some with their own bowling alleys and basketball courts. MTV filmed “The Real World” at the Palms in 2002 and it also served as the host poker room for much of the old “Celebrity Poker Showdown” television show.

It was originally owned by the Maloof family, who also once owned the NBA’s Sacramento Kings (the in-suite basketball courts were likely not a coincidence). They sold the Palms to Station Casinos in 2016 for $312.5 million. Station put $620 million into the property before selling it to the San Manuel Band of Mission Indians in May 2021 for $650 million.

Station closed the Palms in March 2020, along with every other casino in the United States, because of the COVID-19 pandemic. It is one of the few casinos, however, that has never reopened. The San Manuel tribe actually forbade Station Casinos from reopening the casino before the tribe officially took control.

The Palms will make history when it reopens later this month, as it will become the first Las Vegas resort operated entirely by a Native American tribe. Mohegan Gaming & Entertainment operates the Virgin Hotels Las Vegas casino (the casino formerly known as Hard Rock), but other facilities are operated by non-tribal entities.