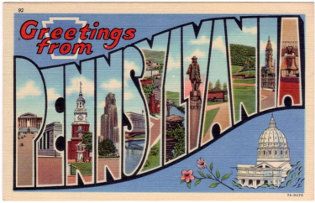 In a report published this month by Econsult Solutions, the revenues for the first year of a theoretical regulated online poker regime in Pennsylvania were estimated at $77 million. The report was the product of a study of the state of Pennsylvania’s gaming market, authorized by the Commonwealth’s legislature in December of last year.

To get to Pennsylvania’s revenues, Econsult first had to estimate U.S. igaming revenues. It took the average of two numbers to get the result. The first number was derived from an “econometric approach,” which first took international igaming data and then conducted a regression analysis to determine a relationship between igaming revenues in countries with established regulatory regimes and those without. The second number came from a “rule of thumb” approach, which was simpler, taking the average igaming revenue per adult in countries that were deemed comparable to the United States.

The rule of thumb method produced higher results, but because of the uncertainty in the calculations, Econsult decided to just take the average of the two methods to come up with a U.S. estimate. As such, the total annual igaming revenue projected for the U.S. is $8.498 billion, with $3.577 billion of that coming from online poker.

From there, it was on to the Pennsylvania estimates. Again, two methods were used. The first simply calculated Pennsylvania’s proportion of GDP compared to the entire country: 3.86 percent. The second approach looked at how much of the U.S. online poker market Pennsylvania accounted for in 2010, according to a database provided by the University of Hamburg. This number was 3.36 percent, very similar to the GDP figure. Like with the U.S. calculations, the research firm averaged the two numbers to get 3.61 percent.

Applying that to the U.S. estimates, Econsult therefore estimates ongoing yearly revenues of $307 million for the Commonwealth, with $129 million of that resulting from poker. It also came up with a smaller figure for the first year’s revenue, assuming it takes some time to ramp up. Econsult estimated that in the first year, revenues will hit 60 percent of their potential, meaning $184 million in total, with $77 million from poker.

The report also addresses the possibility of cannibalization, the possibility of online gambling taking customers away from land-based casinos. Econsult’s answer is, simply, that it is unlikely. Econsult sees online gamers as a different market than live gamers. Those who prefer online don’t value the social interaction and casino amenities that live players do and they often like the ability to play multiple tables at once and track statistics on their computers. Online gambling also provides people the opportunity to play for free or cheap, something you can’t do in a casino. One upshot of that is that people can learn how to play online and then decide to give games a shot at the casino. Econsult sees, at worst, a loss of $15 million to land-based casinos because of the substitution effect, while the complement effect could add as much as $92 million in revenue. Thus, the end result is likely a positive for the casinos.

In the end, after coming up with a tax rate estimate, Econsult projects ongoing tax revenues of $113 million per year for online gaming ($77 million from poker), with a conservative estimate of $68 million ($46 million from poker) in the first year.