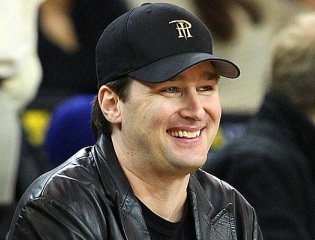 There are several fascinating storylines going into the final day of the World Series of Poker $10,000 2-7 Draw Lowball Championship. The stacked field of nine features two former WSOP Main Event champions, a former WSOP Europe Main Event Champion, and the winner of last year’s 2-7 Draw Lowball Championship. Eight of the nine remaining players have WSOP bracelets on their resume. The only non-bracelet winner, Joe Cassidy, is considered one of the best mixed game players in the world.

But the story at the forefront of everyone’s attention is Phil Hellmuth. It’s been four years since Hellmuth won his record-setting 11th bracelet (although it may feel like a century) and he’ll enter Saturday with a fair chance at adding another to wrist. Hellmuth, who has never won a non-Hold ’em tournament at the World Series of Poker, is below average in chips but still very much in the mix. His shot at history will certainly set up a fun dynamic in the Amazon Room on Saturday.

David “Bakes” Baker is third in chips and has his eyes set on back-to-back bracelets in the event. Baker won his first WSOP bracelet in the same event last year, along with $294,321, to stamp his name as one of the best young all-around players in the world. John Juanda, who’s been harassed on at least one occasion during this year’s series because of the ongoing drama at Full Tilt Poker, finished fourth in last year’s tournament. He’s the short stack heading into Saturday, but is still very much in contention for his fourth WSOP bracelet.

This year’s champion will take home $367,170, and it’s going to be a ruthless battle with this group. Among the others still alive include chip leader Richard Ashby, Steve Sung, Hasan Habib, Greg Raymer, and Nick Schulman, who won the event in 2009. In total, the nine remaining players have a combined 21 bracelets.

Play will commence at 3:00 P.M. local time on Saturday, and a big crowd is expected to gather for what has turned out to be the most intriguing tournament thus far at the 2011 WSOP. Here’s a look at the chip counts going into the final day:

Two more players collected bracelets on Friday as the $1,500 No Limit Hold ’em Shootout (Event #13) and the $3,000 Limit Hold ’em (Event #14) came to a close. Andrew Badecker bested a tough final table in the Shootout to collect his first bracelet and $369,371. Badecker defeated Robbie Verspui when heads-up play began, but he had to weave his way through pros like David “Dragon” Pham, Dan “djk123” Kelly, Vitaly Lunkin, Eric Cajelais, and Daniel Makowsky at the final table en route to the title.

The $3,000 Limit Hold ’em tournament was won by Canadian Tyler Bonkowski, who defeated Brandon Demes for the bracelet and $220,817 in prize money. The 26-year-old poker pro trailed Demes by a 12-to-1 chip margin at one point, but battled back to pick up his first piece of WSOP hardware.

Fourteen bracelets have been handed out at this year’s WSOP, and they’ve all gone to first-time winners. That will likely change at the 2-7 Draw Lowball Championship final table, so be sure to follow Poker News Daily for all of the results from Saturday’s events in Las Vegas.