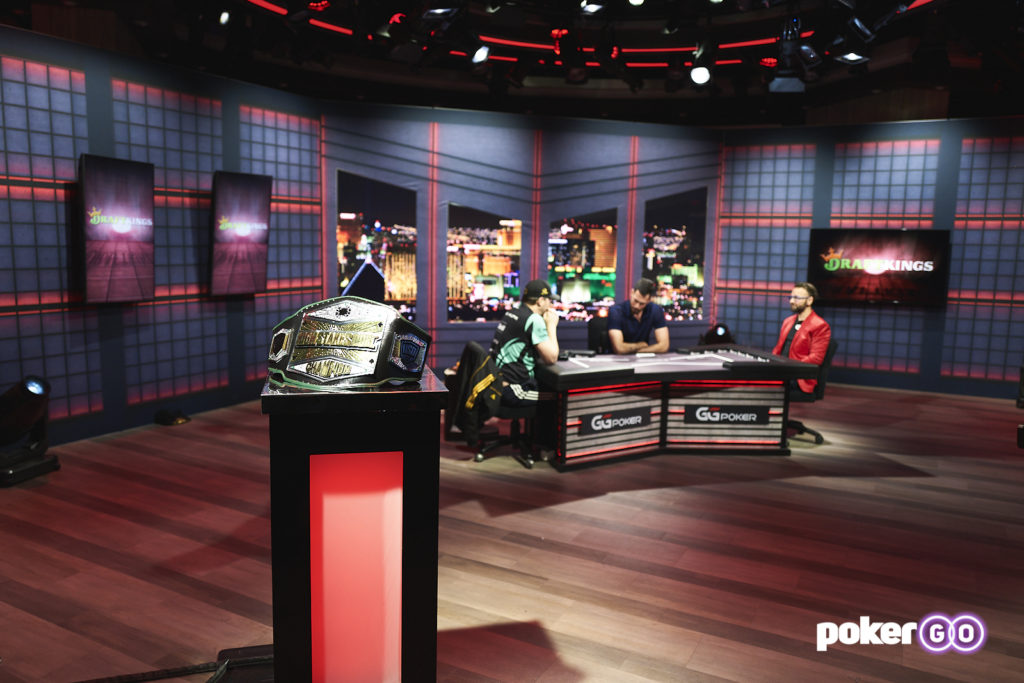 Down to nearly the felt, it would have been completely understandable if former World Champion Phil Hellmuth had simply chucked it in and moved on. Instead, with only a few chips to his stack, the 15-time World Series of Poker bracelet winner fought back. In the end, Hellmuth would eventually defeat fellow poker pro Daniel Negreanu in a marathon opening to High Stakes Duel 2.

Not the Start He Expected

The rules for this version of the High Stakes Duel 2 were the same as when Hellmuth battled against Antonio Esfandiari in 2020. Each player brought in $50,000 for action. With blinds of $100/$200 in Texas Hold’em, the play would continue until one player was stacked for his entire roll. The losing player would have the option of continuing the fight, but the stakes would double for each subsequent match ($100,000 for a second match, $200,000 for a third, etc.).

When they came into action at the PokerGO Studios in Las Vegas on Wednesday night, neither player was expecting the battle that would eventually play out. Negreanu got off to an outstanding start through some unorthodox play, even for heads up action. In one of the pivotal hands of the first half of the match, Negreanu would call a three-bet out of Hellmuth and go to battle with K♦ 9♦ against Hellmuth’s pocket Jacks.

The flop was fortuitous for Negreanu, coming down 10-3-K to immediately thrust him into the lead. Negreanu was able to get more bets out of Hellmuth on the flop, turn, and river to eventually take about a 20K pot. It also left Hellmuth derisively calling out Negreanu’s play, to which Negreanu responded by proffering a box of Kleenex.

Things would not get any better for Hellmuth, at least early on. He would overplay a Q-8 with a three-bet against Negreanu’s A-Q off suit, then he would get clipped again when Negreanu caught a nine with K-9 on a 4-4-J-9-10 board against Hellmuth’s A-8. This sent the ‘Poker Brat’ into a full-on tirade against Negreanu and it would also send him nearly to the felt, down $96,000 to $4000 at this point.

It would have been conceivable for Hellmuth to wave the white flag at this point. Instead, he mounted a comeback that was stunning.

It started small, with Hellmuth picking up a couple of hands, then Hellmuth found a double up to kindle the fire a bit more. Facing a minimum raise from Negreanu (10♣ 5♣), Hellmuth defended with only a Q♣ 6♣ and hit gold on the flop. The 4♣ 2♣ 3♦ kept Hellmuth in the lead and with a strong draw (only three Aces could beat him). The chips went to the center at that point and Hellmuth’s draw came home on the turn with a 5♦ to essentially lock up the hand (only a river six would give a chopped pot, which didn’t come).

This was the modus operandi for Hellmuth for the rest of the match. He would slowly rebuild his chip stack and, with a well-timed river card, would take over the lead. On a K♥ 10♥ Q♦ 6♠ 3♥ board, Negreanu (K♦ 9♦) fired away on three streets, only to have Hellmuth (9♥ 6♥) pop him on the river after making the flush. To his credit, Negreanu was able to get away from the hand but, for the first time in the match, he found himself looking up at Hellmuth’s stack.

From there, Hellmuth would close the deal. Although Negreanu showed his resilience in coming back with a couple of small double ups, he would never again hold the lead. On the final hand, he committed his final chips with 7-6 off suit against Hellmuth’s pocket nines and the “poker gods” brought some drama. An 8-5-J flop gave some hope for Negreanu, but it was quickly squashed as a King on the turn and a second eight on the river ended the festivities after six hours of play.

When asked after the match about the difficulty of the battle, Hellmuth admitted it was tough. “Yeah, that was super intense,” Hellmuth stated. “I played against Jungleman (Dan Cates), and I was down to 4,000 of 200,000 in chips, and here Daniel had 95,000 to my 5,000. I came back to win against Jungleman, and I came back and won this. I didn’t see Daniel do anything particularly wrong, but most people other than Daniel will allow you to get back into the match because they’re not really finishing the way they should finish.”

There will be a “Part 2” to this High Stakes Duel 2, as Negreanu said immediately following his defeat, “There will be a rematch, you can guarantee that.”

(All images courtesy of PokerGO.com)