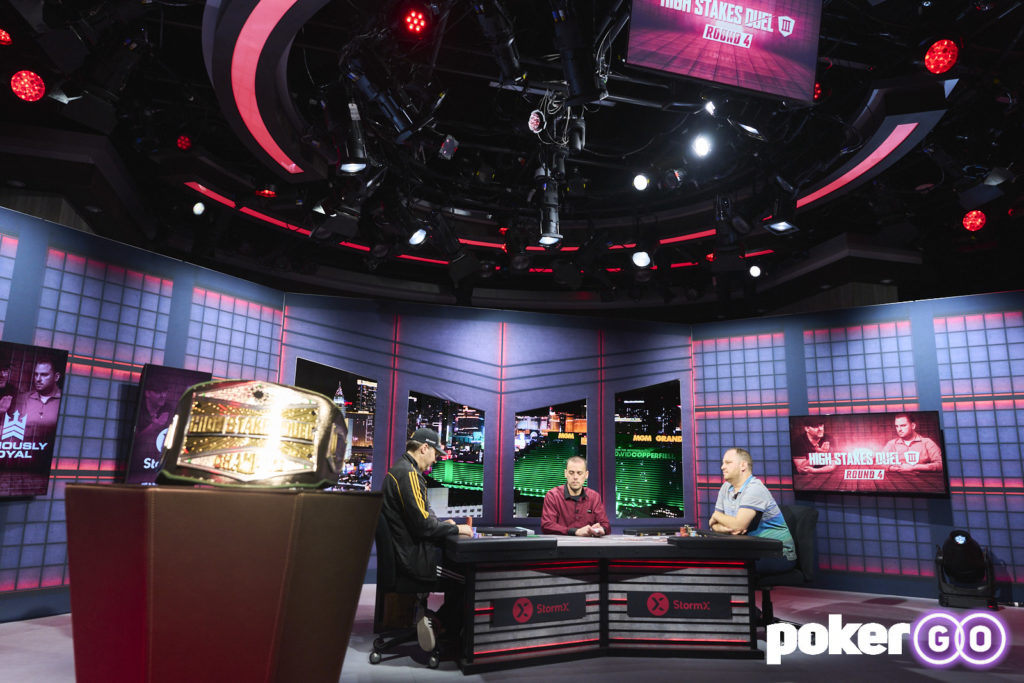 Phil Hellmuth and Scott Seiver have set their High Stakes Duel III rematch for August 22 at 8pm ET. As always, as it is a PokerGO event, it will be streamed exclusively on PokerGO from the PokerGO Studio in Las Vegas.

This is the first time a High Stakes Duel face-off has gone to a Round 5 and, as such, the $1.6 million prize pool (both players are risking $800,000) is the highest it has ever been. The two players agreed to the rematch in mid-June, but decided to wait until after the World Series of Poker to schedule their next meeting.

So far, High Stakes Duel has been the Phil Hellmuth show, as he has won nine of the ten total matches. His lone loss came during the current path to Round 5 of High Stakes Duel III. He began by beating sports commentator Nick Wright, who decided against a rematch. Tom Dwan stepped in for Wright and beat Hellmuth in Round 2. Hellmuth opted for a rematch, beating Dwan in Round 3. Dwan then decided to call it quits, so Scott Seiver took up the challenge, losing in Round 4 to setup what’s coming in two weeks.

With all these different High Stakes Duel numbers, round numbers, and participants, the competition can get a little confusing, so let’s go over how the whole thing works.

In Round 1, stakes are $50,000 per player, so $100,000 total. The loser has the option to call for a rematch for double the stakes, which the winner is obligated to accept at this point. If the runner-up (I don’t want to say “loser” every time) decides against a rematch, a 30-day window opens during which anybody else can just jump right in and take their place. High Stakes Duel ends if nobody replaces the original loser of the match.

As mentioned, the winner must accept the rematch if offered after Round 1. If a player starts a winning streak during Rounds 1-3, they have to win three matches in a row before they can bow out. If the winning streak starts in Round 4 or later, the winner needs to win two in a row to have the right to opt out.

And remember, stakes double every round.

So, in the current situation, Hellmuth began his winning streak in Round 3, as he had lost to Tom Dwan previously. After winning Round 4, he has a two-game streak going, so he had no choice but to play against Scott Seiver again, since Seiver wanted the rematch.