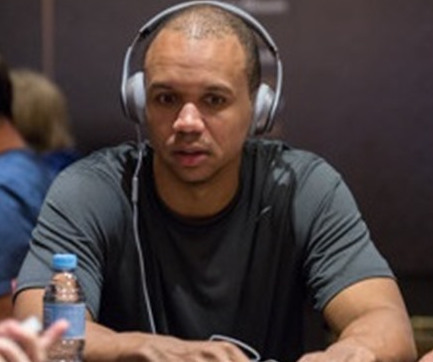 Phil Ivey has never been known as the talkative one at the poker table. His public persona throughout his legendary poker career has been one of relative stoicism. Thus, it may have been surprising to hear last week that the World Poker Tour signed Ivey as its newest ambassador, one of the public faces of the company. Then again, considering Phil Ivey is regarded by many (most?) of the top pros as the best poker player of all time, maybe it should not come as a surprise at all.

“WPT is one of the most respected brands in poker, and I’m honored to become a WPT Ambassador,” said Ivey in the announcement. “My commitment and passion towards poker has never been higher and I look forward to working with the WPT to showcase poker around the world, adding to its continued expansion.”

Ivey all but disappeared from live tournament poker for a few years in the latter half of last decade, so it should be exciting for fans to hear about his continued passion for the game.

“Phil Ivey is one of the greatest to ever have played the game of poker. His career achievements and success as a frequent WPT final tablists underscore his deserving legacy as a true poker icon,” said Adam Pliska, CEO of the World Poker Tour. “As WPT celebrates its 20th-anniversary season, we have aligned the brand with talent and events that symbolize the very best in personal achievement. I cannot think of anyone who better represents that more than Phil, and I know players will appreciate the chance to interact with him at upcoming events.”

As one would expect, Phil Ivey is one of the most successful players on the World Poker Tour. He has 16 cashes for a total of over $4.4 million in lifetime earnings. The number cashes only puts him 126th on the Tour’s all-time list, but he ranks 8th in winnings. Ivey has made 11 final tables and has two WPT titles: the Heads-Up Championship and the 2008 WPT L.A. Poker Classic.

Outside of the WPT, Ivey has won the second-most World Series of Poker bracelets, tied with Johnny Chan and fellow WPT ambassador Doyle Bruson with ten. Phil Hellmuth is far and away the leader with 16. Ivey has cashed 79 times in WSOP events (counting WSOP Europe, the defunct WSOP APAC, and WSOP Circuit) for a total of over $9.2 million.

All told, Ivey has $38.3 in lifetime live tournament earnings, putting him 9th on the all-time money list. He is also renowned for his high stakes cash game play and used to be one of the biggest railbird draws at Full Tilt Poker.

Ivey will compete at the WPT World Championship at Wynn Las Vegas next month and will participate in what the WPT calls a “distinctive experiential fan engagement, including an exclusive off-the-felt experience.”