Home Poker Player of the Year? Yes, There’s Rankings for That in 2021…Somewhat 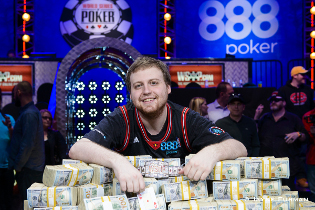 After the “lost year” that 2020 was for tournament poker, 2021 is not exactly roaring off to a great start, either. So far in 2021, there have been a few World Poker Tour events that have gone off and some smaller events in Las Vegas and Sochi…and that has been it. Still, if we are going to have tournament poker this year, SOMEBODY has to win the “Poker Player of the Year” award, don’t they?

On the CardPlayer Magazine poker rankings, Qing Liu has been able to pull out to an early lead, in part because of his work on the WPT events. Not only did he win the $5000 WPT Venetian Main Event for over three-quarters of a million dollars, but he would also tack on a final table finish in the 2020 (yes, you read that right) WPT Gardens Poker Championship Final Table that was played out the night after his Venetian win. Liu has made the most of 2021 so far, winning two tournaments, final tabling five other events and cashing nine times total. That earns him the top slot on the CardPlayer rankings with 3071 points.

The champion of the 2021 Wynn Classic, Sung Joo Hyun, also has had a torrid start to 2021. Not only did he win that Wynn event, but he also picked up another title during the Venetian DeepStack Showdown in February for two scores over six figures. Those titles and two other finishes have netted him 2172 points, good for second on the board.

A familiar face shows up in the #3 slot. Former World Champion Joseph McKeehen has been able to work his way into that position, winning a $10,000 buy-in event during the Wynn Classic and finishing as runner-up to Liu in the WPT Venetian. He has a nice round 2000 points on the tournament poker year and, considering the amount he plays (and if there is anything resembling a steady tournament poker schedule), he should be able to stay near the top of the rankings for the year.

Here is the top five on the CardPlayer leaderboard:

Has Someone Turned the Lights on With the GPI POY?

There is a question as to whether the Global Poker Index has turned the lights on yet with their Player of the Year race. Players are showing up in the rankings for 2021, but a look at the player’s bio sheets don’t show where their points are coming from. In fact, many of the players on their 2020 rankings looked like they have rolled over to 2021 with their numbers from the previous year.

According to the GPI Player of the Year race, Nick Pupillo is at the top of the rankings. Pupillo is shown as having nine cashes so far in 2021, but no points are listed as accumulated for the 2021 standings. Still, a look at the GPI POY has him on top with 2195.13 points. It bears noting that Pupillo is listed on the GPI POY in 2020 as finishing in third place. The player who was listed as the #1 player in the 2020 GPI Player of the Year ratings is Georgia’s (the one near Russia, not in the Southeast U. S.) Giorgiy Skhuluhiya. Skhuluhiya only has one finish for the 2021 calendar year, but he is being listed as the #2 player on the rankings with 2152.97 points.

It appears to be some bugs being worked out of the GPI computers, let’s let them work on that and just list their “provisional” and highly unofficial Top Five so far in 2021:

Will the two top organizations for ranking players have any tournaments to rank in the future? The WPT at least has a few more events on its roster over the next month or so. ARIA in Las Vegas will also be having the first installment of their High Roller Series this next week. But once we get by the end of April, the schedule is getting a bit sparse. Just how many tournaments, including the World Series of Poker, are going to go off in 2021 as the COVID pandemic continues to mess with scheduling? It would be difficult to have a second consecutive “lost year” on the books…