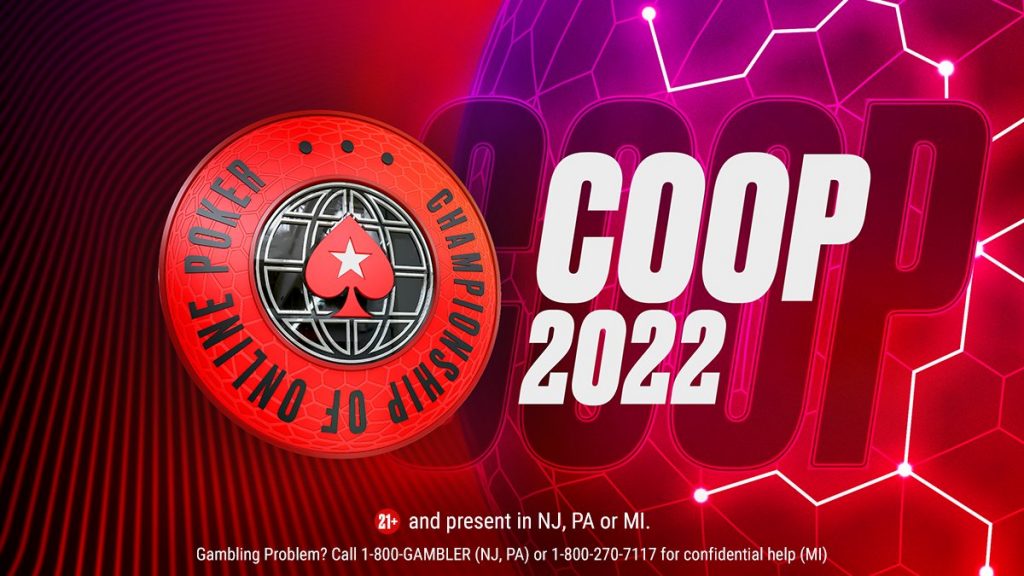 PokerStars has also made some of the tournaments more enticing this year. In the WCOOP on the global site, some events are dubbed “Championship Events.” The US COOPs are doing a similar thing, awarding trophies to the winners of 18 specific events in each state. The state leaderboard winners will also receive a trophy, and the Main Event champs will get special 24-karat gold-plated trophies.

The poker room is also giving out six Platinum Passes for the 2023 PokerStars Players Championship, valued at around $30,000. The players who earn the most points across all “poker game segments” during the US COOPs, which we are guessing means any games on PokerStars, not just COOP tournaments, plus casino and sports betting, will earn the Platinum Passes.

This year, both PACOOP and MICOOP will have 77 events, while NJCOOP is a bit smaller, with 61 events.

Three tournament types are new to the US COOP lineup in 2022: Last-Man Standing, Adrenaline, and 3-Max.

Remember, you do not have to be a resident of one of the three states to play in their respective COOP series, but you do have to be located within state borders while you are playing. So, if you live in Rockland County, New York and want to drive a couple minutes over the border and play in New Jersey, that is just fine. I would suggest creating and funding an account ahead of time if you don’t have one already, just to make sure there aren’t any hiccups on the day you want to play.