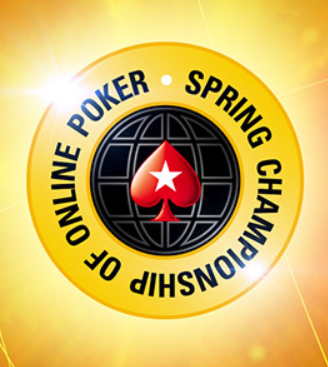 PokerStars has announced the schedules for its three U.S.-based Spring Championships of Online Poker (SCOOP) in Pennsylvania, Michigan, and New Jersey. Running March 25 through April 11, this year will be the first time all three will be held simultaneously.

While all three SCOOPs span the same dates and their schedules are very similar, they are not identical. Each has a different guaranteed prize pool total: $2 million in total guarantees for Pennsylvania, $1.5 million for Michigan, and $1 million for New Jersey. Each state’s schedule is at least 35 events, each of those with three different stakes levels, as we often see with PokerStars tournament series. In total, there will be 345 tournaments in the US SCOOP series.

“It’s so exciting to see more SCOOP events than ever on the PokerStars calendar for this year’s Spring Championship,” said PokerStars ambassador Jennifer Shahade. “The community gets so excited and engaged when SCOOP comes around, and it’s always been perceived as being one of the most prestigious online tournaments around the world, so to have leaderboards and trophies, and all kinds of ranges of events in the US just makes it so much more fun, and competitive!”

Get back on the horse

The two-day Main Event for all three states (remember, they are not linked via an interstate compact – each US PokerStars site is only for players within the specific state) costs $300 and will begin April 10. The Mini Main Event will have a $50 buy-in and the High Roller Main Event will run $1,000.

As one would expect from PokerStars, the poker room is offering players a number of ways to qualify US SCOOP seats, such as depositor freerolls, special $3 Spin & Go tables, and cheap satellites.