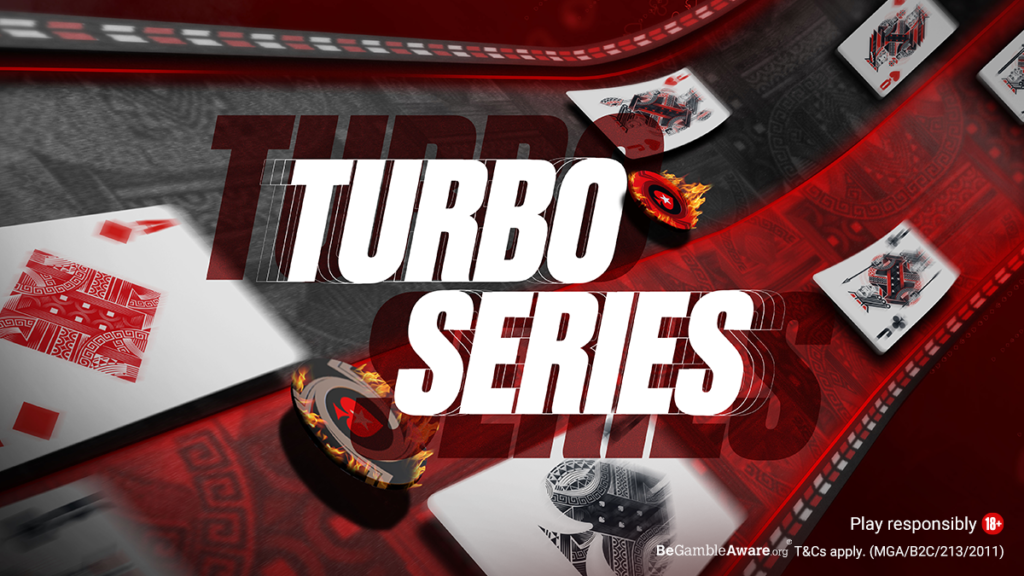 PokerStars has announced the schedule for the newest iteration of the Turbo Series, the fast-paced tournament series where no event will go past a single day. Running February 21 to March 7, the Turbo Series features 134 tournaments with more than $25 million in guaranteed prize pools.

Michigan gets its own signature series

It’s been a busy week of tournament series announcements for PokerStars. Also on Tuesday, PokerStars revealed the inaugural Michigan Championship of Online Poker (MICOOP). Obviously just for players in Michigan (or not obviously, I don’t know you), MICOOP runs February 20 to March 8, guaranteeing $1 million in prize pools.

Perhaps surprisingly for such an infant of an online poker room, MICOOP consists of 60 events, more than both Pennsylvania’s PACOOP (50) and New Jersey’s NJCOOP (54). The Main Event costs $300 and has a $125,000 guarantee.

PokerStars became the first online poker room to go live in Michigan when it made the unexpected launch on Friday, January 29. Internet gambling, in general, only just began in Michigan a week earlier when about a dozen gaming sites began accepting customers.

Many, including me, did not expect to see online poker this soon, as the focus in Michigan seemed to be on internet casino and sports betting. Thing look like they are off to a good start in the Wolverine State. According to PokerScout, PokerStars Michigan is already in a tie for the 16th largest poker room/network in the world in terms of cash game traffic. It has a seven-day average of 450 cash game players, 50 ahead of PokerStars Pennsylvania. It peaked at more than 1,000 players in the past 24 hours (posting this Wednesday night). And remember, only people located within Michigan’s borders can play.