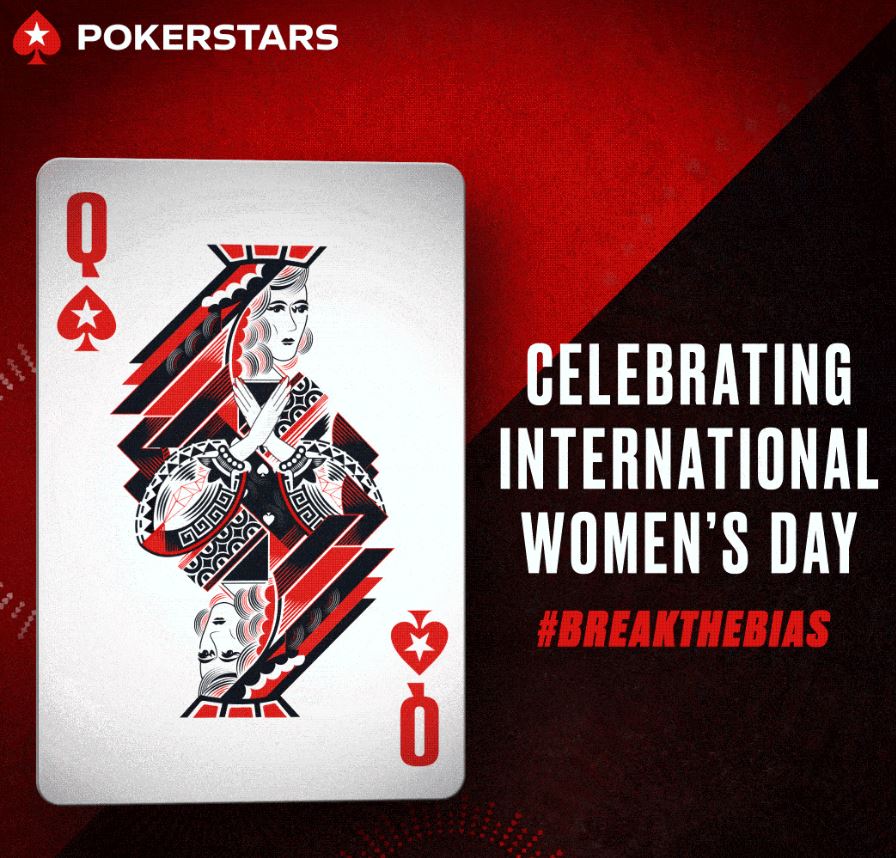 The upcoming PokerStars $22 buy-in Women’s Sunday tournament has more than more than €11,500 in added live event packages and qualifier tickets to the top finishers. In addition to the regular prize money, the following prizes will be awarded:

PokerStars ambassador GJ Reggie will also be playing in the tournament. Whoever knocks her out (assuming someone does – she could win, after all) will receive a $215 ticket into the Sunday Million 16th Anniversary event.

“We know our community are excited to get back to the live felt and that women’s qualifiers to live events are something our players tell us they would like to see,” said PokerStars’ Associate Director of Consumer Engagement and Public Relations Rebecca McAdam Willetts. “We’ve taken this on board and to celebrate International Women’s Day as one day in many where we want to engage and improve, we’ve given our female players an extra opportunity to win their way to one of our most loved events. Rewarding and giving opportunities to our communities is something we’re passionate about, and this is just one moment in which we plan to do so, with plenty more to come.”

Bounties for the taking on ClubWPT

The World Poker Tour is hosting the Women in Poker Bounty Tournament on ClubWPT.com starting at 6:00pm ET on Sunday. $9,000 in cash prizes and WPT Prime Passports will be up for grabs. The winner of the tournament will receive a $1,000 WPT Prime Passport. An extra $1,000 will also be doled out to the top finishers, though the WPT did not provide detail on the breakdown.

As part of International Women’s Day and Sunday’s tourney, the WPT is highlighting four organizations whose goal is to increase inclusivity for women in the poker industry: Ladies International Poker Series (LIPS), Poker League of Nations (PLoN), Poker Power, and the Women’s Poker Association (WPA).

One player from each organization will have a $1,000 WPT Prime Passport bounty on their head during the Women in Poker Bounty Tournament.

LIPS, founded by Women in Poker Hall of Famer Lupe Soto nearly two decades ago, hosts live tournaments throughout the United States to increase women’s access to poker. The PLoN is an “‘International Alliance for Poker Excellence.” Founded in 2017, its goal is to increase women’s participation in poker around the world and offers free educational content on its website.

Poker Power is a bit different, and quite interesting, teaching women the game of poker and translating the skills learned to empower women in business and in life.

“The power of poker is that by playing a game of strategy, we learn to master the game of leadership,” said Power Poker GM Erin Lyndon. “As more women learn and play, the impact will be transformational for generations to come. It’s time to stop playing not to lose and start playing to win.”

The Women’s Poker Association is a non-profit that “works tirelessly to empower, elevate, and educate women in poker,” said Vice President Tara Windsor-Smith.