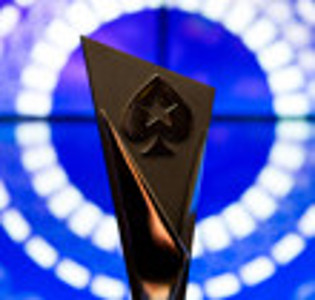 Wrapping up a successful start for their 13th season, the European Poker Tour crowned two champions on Sunday at the Casino Barcelona in Spain. In the €5000 Main Event, Sebastian Malec took the lead early on and wouldn’t let it go, while the €10,000 High Roller saw Connor Drinan emerge from a strong pack of players to win his championship.

Malec (7.33 million) would start the day as the fourth biggest stack behind chip leader Uri Reichenstein (11.33 million), Thomas de Rooij (11.18 million) and Adam Owen (9.8 million), but he by no means was safe from attack himself. Nipping at Malec’s heels was Zorlu Er (7.09 million) and just a little further back was Andreas Chalkiadakis (5.015 million). For all practical purposes, only the short stack at the final table, Harcharan Dogra Dogra (1.7 million), basically was out of the hunt.

On the sixth hand of play, Malec grabbed the chip lead away from Reichenstein. From the cutoff, Malec tossed in a raise with Big Slick and, on the button, Reichenstein decided to look him up. After the blinds cleared, the K-Q-6 flop hit Malec squarely, but he checked. Reichenstein put out a bet and, after a Malec call, the duo would see an innocent eight hit the turn. Malec would check again but, after another Reichenstein bet (2.3 million), Malec responded with an all-in check raise. Reichenstein almost immediately shipped his cards to the muck and the resulting pot catapulted Malec to the lead.

Only 19 hands into the proceedings, Reichenstein would retake the lead in eliminating Er in fifth place and talks opened up about making a deal between the final four men. After examining the straight up chop by percentage of chips and an ICM count, no deal could be worked out between the quartet. Thus, the tournament went on with Reichenstein back in the lead by a couple million over Malec.

For the next 35 hands, Reichenstein demonstrated some great skill in looking as if he would run away with the tournament. He would knock off de Rooij in fourth place to rocket over the 32 million mark in chips, but when Malec took out Owen in third place to get over the 21 million mark, there was some drama at hand for the heads up match.

Reichenstein would maintain roughly a 2:1 lead through the first 25 hands before Malec struck back to get within roughly 5 million chips of the lead. By the time the dinner break came, however, Malec saw Reichenstein once again pull out to a dominant 2:1 lead. As the sun fell on the coast of the Mediterranean, Reichenstein continued to hold Malec at bay, but he couldn’t seem to find the cards to put him away.

On Hand 135, the fortunes of the two men would completely flip. Malec would limp from the button with pocket fours and Reichenstein raised with only Q-6 out of the big blind. Malec simply called and struck lightning on the A-4-3 flop. Reichenstein didn’t put Malec on a set and fired a continuation bet, which Malec called, and the twosome saw a ten come on the turn to change nothing except sealing Reichenstein’s inability to win the hand.

Despite the fact he was drawing dead, Reichenstein fired off another hefty bet and Malec would once again make the call. The case four came on the river, giving Malec quads, but the unsuspecting Reichenstein pushed out a half-pot bet of 6.2 million and Malec went into an unnecessary tank. Posturing for the effect, Malec would push his remaining stack to the center and, with nothing but air in the game, Reichenstein released his meager holdings, sending a massive pot and the chip lead over to Malec.

The duo continued to swap the lead back and forth before the end stunningly arrived. Holding slightly more than a million chip lead, Malec would limp in with an A♥ 3♥ and, after Reichenstein checked his 10-9 off suit, a J♠ 6♥ Q♥ would give both men options. Reichenstein fired first for 800K into the 1.4 million pot, but Malec made it serious when he put in 3 million chips. After Reichenstein made the call, the card came that would end the tournament.

The 8♥ on the turn gave both men what they were looking for and both thought they were the best. After a Reichenstein check, Malec fired a 5 million chip bet and Reichenstein only made the call. As the 8♦ ceremoniously fell on the river, Malec fired an all-in challenge at Reichenstein, who couldn’t get away from his Queen high straight that fell to Malec’s nut flush and gave Malec the title.

Prevailing over a 591-player High Roller field, Connor Drinan survived the carnage to take down the championship of the €10,000 High Roller as the Main Event played out.

Drinan was in the bottom half of the leaderboard when the final table began, his 2.915 million chips only prevailing over Joseph Cheong (2.27 million) and Pascal Hartmann (575,000) on the leaderboard. Oleksii Khoroshenin (3.37 million), Ari Engel (4.705 million) and Kyle Keranen (7.585 million) were the powerful opponents that Drinan was facing. It was a big hand against one of these men that sent Drinan on his run to the title.

In a blind versus blind battle, Cheong moved all in and, after pondering his situation, Drinan decided to make a stand by saying, “I am going to call.” “Don’t do that,” Cheong stated as he turned up only a suited J-2 against Drinan’s A-4 off suit and the twosome were off to the board. Once the 10-10-5-8-K board rolled, the chips were counted and Cheong was found to be at risk and, as a result of the board, out of the tournament in sixth place. Drinan, meanwhile, broke over the three million chip mark and kept charging.

Drinan would take down Engel in fifth to suddenly become a serious challenger with 6.7 million in chips, but there was still a great deal of work to be done. That work was aided by Drinan’s knockout of Khoroshenin in fourth to take over the lead. After Mihails Morozovs dumped Keranen from the tournament in third place, heads up play was set with Drinan holding a slim million chip lead.

Morozovs could never seem to get into the lead, only able to draw close to Drinan at several points during the heads up play. In fact, on the final hand, the chip stacks were so similar that it was difficult to discertain who was at risk. But once Drinan got fortunate with his 6-4 against Morozovs J-10 on a 10-6-4 flop (and all the chips went to the center) – and Morozovs couldn’t find anything else to improve his hand – the tournament was over and Drinan had earned a hard fought championship.