Home Shuffle Up and Deal: 2011 WSOP is Underway 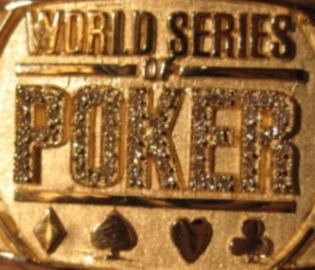 With all the hand wringing over the collapse of online poker in the United States since Black Friday, one big thing has been largely ignored by the poker community as a whole: the 42nd Annual World Series of Poker (WSOP).  The largest and most famous poker festival in the world kicked off Tuesday as thousands of poker players began their yearly pilgrimage to Las Vegas for a shot at their dreams.

Like last year, the first tournament to shove off was the $500 Casino Employees No-Limit Hold’em event, which got going at noon.  A total of 850 players registered for the event, creating a prize pool of $382,500.  This is a significant jump from 2010, when the field was just 721 players.  Hoai Pham, a poker dealer at the Village Club Casino in Chula Vista, California, took home his first bracelet and $71,424.  But while 850 runners is good, it is still a far cry from 2006, when 1,232 players took to the felts.

This year’s winner of the Casino Employees event will bank $82,292 and the top 81 finishers will make the money.

Event #2, which started at 5:00pm, is the $25,000 Heads-Up No-Limit Hold’em Championship.  This is a departure from last year, as the 2010 Heads-Up Championship featured “just” a $10,000 buy-in.  As such, last year’s tournament hit its cap of 256 players, whereas only 128 players decided to lay down the big bucks this week.  The opening hand of the tournament was actually delayed so that enough people could get registered to hit that 128 player mark, lest there be the need for byes in the opening round.  With 128 players, there can be seven even rounds with no need for fancy jury rigging of the brackets.

The matches will also employ a unique structure.  Players can start with up to 75,000 chips in their stacks.  They begin with just one-third of the stack, but at any time during play, except in the middle of a hand, they can receive an add-on worth one-third of that 75,000 stack.  A maximum of two add-ons may be accepted and both may be used before the cards are even in the air to create a starting stack of the full 75,000 chips.  Reports are that, at least in the early session, most players chose to start with just 25,000 chips and hold back the add-ons for later.

Each round is single elimination except for the final round, which is best-of-three.

The first two rounds were completed Tuesday night, quickly narrowing the field from 128 all the way down to 32.  Here is a look at the survivors and the pairings for Wednesday:

Two more rounds are slated for Wednesday, after which there will be just eight players remaining.  The final four will be contested Thursday, while the final table will be held Friday.

One more tournament – the $1,500 Omaha Hi-Low Split-8 or Better event – will begin on Wednesday, while the Casino Employees event will crown its champion.