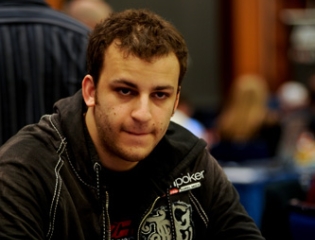 According to a report from PokerFuse.com, professional poker player Sorel “Imper1um” Mizzi has once again been banned from PokerStars, this time for playing on the site from the United States on other player’s account.

The story of Mizzi’s rules violation dates back to February 2016, when a poster went on Two Plus Two and alleged that Mizzi played in the (September) 2015 PokerStars World Championship of Online Poker (WCOOP) Main Event, making the final table, while sitting in his apartment in the United States. PokerStars does not permit players in the U.S. to play on PokerStars.com.

A friend of Mizzi’s, Rory Brown, had also made the final table and allegedly spoke with Mizzi about strategy before the final table, telling him the reads he had on each of the players. One of those players, “bindernutnut,” was Mizzi, though Brown did not know it.

In July, Mizzi admitted to the rules violation while on Joey Ingram’s podcast. He said that he really wanted to play in the WCOOP Main Event, so he used someone else’s account to do so (with a virtual private network that would fake his location). He understands that it was not the right thing to do, saying, amongst other things, “I was being sneaky and I got caught and it sucks.”

“Do I feel terribly guilty about doing this?” Mizzi added. “To be honest, no not really.”

He clarified that he was not trying to cheat his friend or anyone else, saying he actually tried to contact Brown when fewer than 20 players remained in the tournament to both a) offer to swap action with him and b) let him know who he was at the table, but Brown didn’t answer his texts or calls at the time.

Now, according to PokerFuse, Mizzi has been banned from PokerStars for quite some time.

“I can’t play on [PokerStars] for a couple years,” he said.

Mizzi is an extremely accomplished poker player, with $3.6 million in online tournament winnings (recorded winnings) and $11.2 million in live tournament winnings, but he also has an awful reputation in the poker world as someone who is more than willing to skirt the rules while at the same time not feeling particularly bad about it.

His first notable transgression was back in 2007, when Mizzi purchased the Full Tilt account of Bluff Magazine’s then-Managing Editor, Chris Vaughn, while Vaughn was deep in a $1 million guaranteed tournament. Mizzi won the tournament, but was eventually found out and banned for life. The winnings were taken away and given to other players.

In 2008, he was back at it, multi-accounting on PokerStars. That time, he was suspended on the site for three months.

He was allegedly more brazen in 2011, as John Racener accused Mizzi of bottom dealing in a live, heads-up game of open-face Chinese poker. Mizzi claims the story is not true.