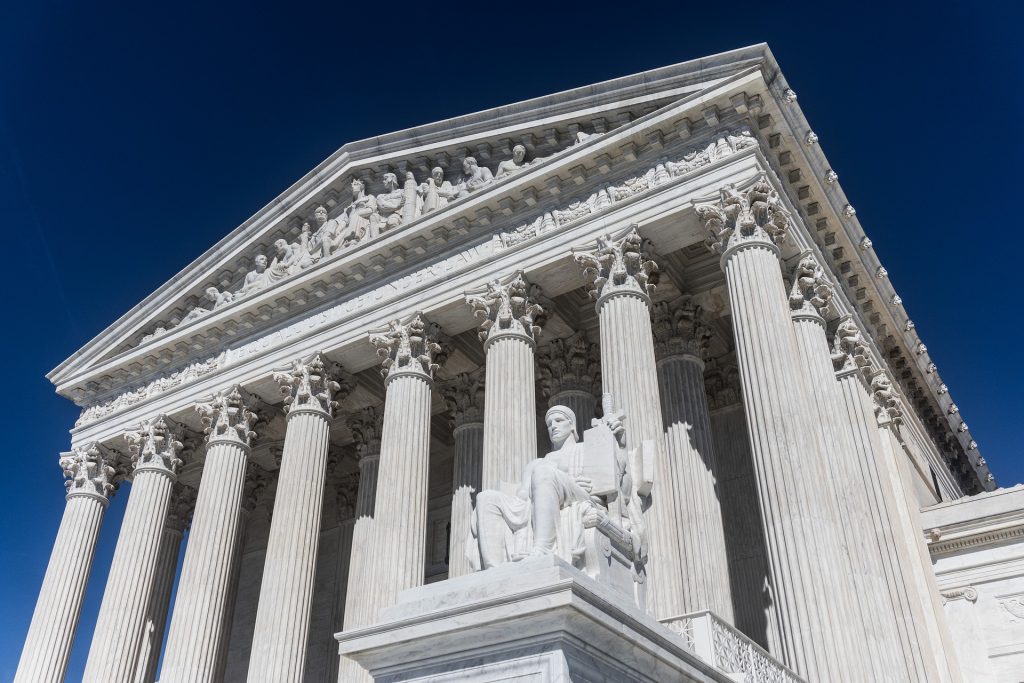 It was a day that everyone assume was coming, but until this morning, there was always going to be at least some doubt. In a 6-3 decision, the United States Supreme Court ruled in favor of the state of New Jersey and against the NBA, MLB, NFL, NHL, and NCAA, striking down the Professional and Amateur Sports Protection Act of 1992 (PASPA) and opening the door for states to legalize and regulate sports betting.

PASPA was a straight-up ban on sports betting, a federal law which said that individual states were forbidden from authorizing the activity. States which had regulated gambling for the previous ten years were allowed to be grandfathered in to sports betting, but only four – Nevada, Oregon, Montana, and Delaware – took advantage of that. Nevada is the only one with traditional casino sports books; the others have various forms of lottery-based sports wagering and are insignificant in the grand scheme of things.

In recent years, especially with Atlantic City’s economy struggling, New Jersey began to regret its choice to forego sports betting, so it passed laws legalizing it (it even passed a statewide referendum). But whenever it did so, the leagues sued, pointing to PASPA. The leagues kept winning the cases, but New Jersey fought back, claiming PASPA was unconstitutional, and eventually had its appeal heard by the Supreme Court.

The six Justices who voted to reverse the decision of the U.S. Appeals Court that had been in favor of the leagues (and therefore, as the saying goes, consign PASPA to the ash heap of history), were Chief Justice John Roberts and (alphabetically) Justices Samuel J. Alito, Neil Gorsuch, Elena Kagan, Anthony Kennedy, and Clarence Thomas. Justices Ruth Bader Ginsburg and Sonia Sotomayor voted for the leagues, while Justice Stephen Breyer wrote an opinion which partially dissented and partially concurred with the majority decision (which counts as a dissention).

There is a lot to dissect in Justice Alito’s opinion – and not being a lawyer, I’m not really going to try to dive too far into it – but the essence of it on a very (VERY) basic level is that PASPA violated the “anticommandeering doctrine,” which says that the federal government can’t pass a law that tells states what they are allowed or not allowed to do with their own laws. From Alito’s opinion:

The PASPA provision at issue here—prohibiting state authorization of sports gambling—violates the anticommandeering rule. That provision unequivocally dictates what a state legislature may and may not do. And this is true under either our interpretation or that advocated by respondents and the United States. In either event, state legislatures are put under the direct control of Congress. It is as if federal officers were installed in state legislative chambers and were armed with the authority to stop legislators from voting on any offending proposals. A more direct affront to state sovereignty is not easy to imagine.

The legalization of sports gambling is a controversial subject. Supporters argue that legalization will produce revenue for the States and critically weaken illegal sports betting operations, which are often run by organized crime. Opponents contend that legalizing sports gambling will hook the young on gambling, encourage people of modest means to squander their savings and earnings, and corrupt professional and college sports.

The legalization of sports gambling requires an important policy choice, but the choice is not ours to make. Congress can regulate sports gambling directly, but if it elects not to do so, each state is free to act on its own. Our job is to interpret the law Congress has enacted and decide whether it is consistent with the Constitution. PASPA is not. PASPA “regulate[s] state governments’ regulation” of their citizens,
New York, 505 U. S., at 166. The Constitution gives Congress no such power.

The judgment of the Third Circuit is reversed.

From here, it is up to the states if they want to legalize sports betting. New Jersey clearly will do so soon. Delaware likely will, too. Pennsylvania passed an over-arching gambling expansion bill last fall which legalized online gambling, daily fantasy sports, online lottery, and sports betting, among other things, so expect that state to rev things up quickly. A number of other states have sports betting bills in progress, so we could see an explosion of sports books in the coming months.