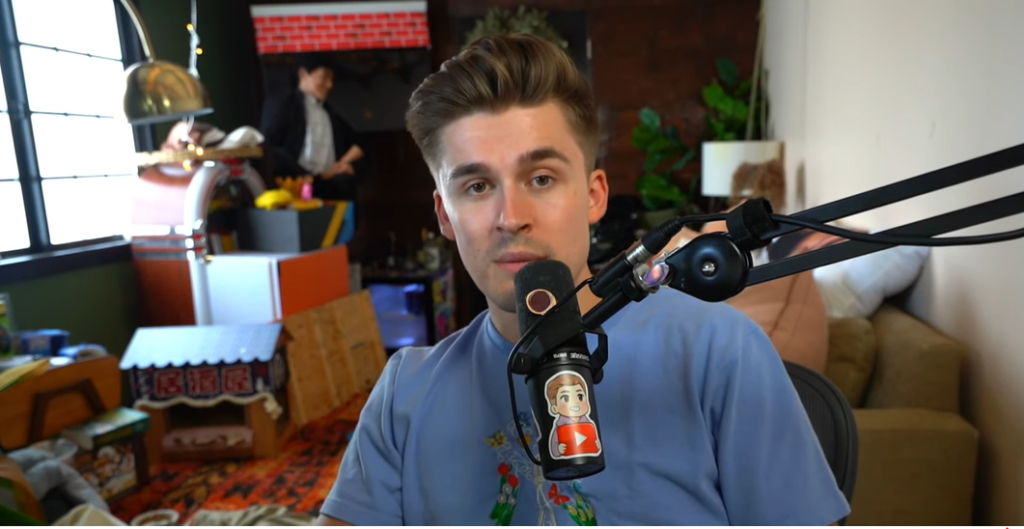 Popular streamer and YouTuber Ludwig revealed this week that he was recently scammed out of tens of thousands of dollars by a Las Vegas gambler. He puts the figure at over $100,000, but in reality, it wasn’t quite that much – more like around $50,000. Still, that’s a lot of money and, as he admitted, is a tough way to learn a lesson.

The saga started in May, when Ludwig won over $400,000 in the $100,000 buy-in celebrity cash game on Hustler Casino Live. He received his winnings half in cash and half in a check and deposited most of it in the bank, keeping $100,000 for fun. Ludwig later took a trip to Las Vegas for a friend’s wedding, bringing $50,000 of the cash for gambling purposes.

He lost big at blackjack and found himself at a Pai Gow table down to his last $5,000, when he met a man named Grayson Hunter Goss. Goss hyped himself up, saying he was a voiceover artist and professional gambler and that he could help Ludwig win some money back. And he did just that, getting his roll back up to about $15,000 and introducing him to a casino host.

Before he left Vegas, Ludwig gave goes $6,000 to gamble with, agreeing to let Goss keep 30% of the winnings. That went fairly well, too, so Ludwig sent him $5,000 in cryptocurrency. Ludwig even cashed out $17,000 in winnings, so he was feeling good about the relationship.

Not long thereafter, Ludwig received a frantic call from Goss, who said that he need as much money as possible immediately because he had a sure-win on a women’s French Open match. Supposedly, Maria Sakkari, one of the top players in the world, had recently broken up with her boyfriend and planned to throw her second-round match to just be done with the tourney.

But Ludwig never received his winnings. Goss made up stories about the guy he placed the bet with not having the cash on hand, then when pressed further, spun a tale about getting mugged and losing all the money, plus his phone, which he used to access the sportsbooks.

Ludwig soon found out that Goss told the same mugging story to poker player Ethan “RampagePoker” Yau during the World Series of Poker after Yau loaned him $1,000. Goss eventually ghosted Yau, never paying him back.

And that is when Ludwig knew for sure he had been scammed. He knew for super-duper sure when he tried to call Goss, only to find out his phone had been disconnected.

Ludwig eventually was able to reach Goss by getting his working number from the casino host. Goss tried to spin even longer yarns, but Ludwig wasn’t having any of it. After a couple calls, Ludwig finally got Goss to admit he scammed him, though he was never getting his money back.

In a YouTube video, Ludwig said that he had enough evidence to go to the authorities, but he did not want to send a 23-year-old who obviously has a gambling problem to prison for who knows how long. He instead is publicly shaming him and making him promise (lol) to get on the casinos’ self-exclusion lists.