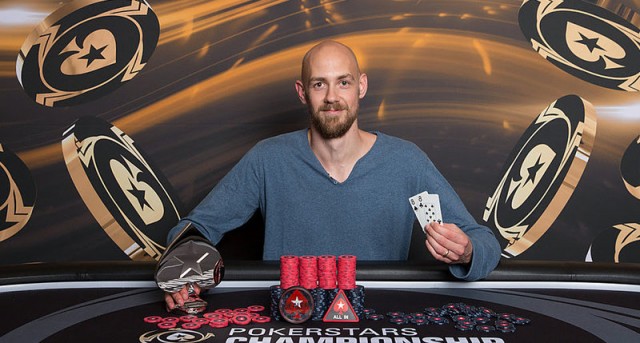 Only two months ago, the two major Player of the Year races in the poker tournament world were a free for all with 17 players manning the 20 slots available. Heading into the 2018 World Series of Poker, Stephen Chidwick has brought some stability to the standings as he seized control of both of those races after some outstanding play over the last eight weeks.

On the CardPlayer Magazine Player of the Year board, Chidwick has used several deep finishes in tournament covering the globe to seize the lead. Since the beginning of March, six of Chidwick’s seven finishes have been at the final table, with two of those tournaments being seven figure finishes (a deep finish in the 2018 Super High Roller Bowl China for $1,297,773 and a victory in the 2018 partypoker MILLIONS Barcelona for $1,240,000). Those finishes, along with Chidwick’s work earlier this year, have allowed him to rack up 4815 points this season.

Trying to keep pace with the rush Chidwick is on is Justin Bonomo. He won the tournament in China that Chidwick ran deep in for a $4,820,299 score and added on two more wins in €25,000 events held during the run of the European Poker Tour Barcelona schedule (for the record, Bonomo has FIVE wins so far this year). If it weren’t for Chidwick’s success, Bonomo would have passed the number one player from earlier in the year – Toby Lewis – with his 4299 points.

Lewis has been quiet over the past two months with zero cashes, but his prior success keeps him in the Top Five in third place with 3780 points. That was still enough to top the final two members of the Top Five and their work. Darryll Fish has popped into the Top Five after his runner up finish at the partypoker MILLIONS North America in Montreal gives him 3168 points, while Rainer Kempe rounds out the Top Five with 3097 points.

Although he’s yet to crack the win column in 2018, Adrian Mateos has been driving deep in events, enough so that he’s accumulated 2677 points and sits in sixth place. Only about 100 points back is recent EPT Monte Carlo final tablist David Peters in the seventh place slot as Francois Billard breaks through into the Top Ten with 2550 points (eighth place). In the final two slots are Dominik Nitsche (2525, ninth) and Brian Altman (2464, tenth).

There are several differences on the Global Poker Index Player of the Year rankings, but the constant is that Chidwick is in first. His 2767.62 points have rocketed him to the top (two months ago, Chidwick was in fifth place) and given him an 18-point lead over Kempe (2744.12 points) in second place. A player that wasn’t even in the Top Ten in the CardPlayer board, Sam Greenwood, strung together three High Roller victories (at the EPT Monte Carlo, the World Poker Tour Amsterdam and the partypoker MILLIONS Barcelona) to leap into third (2313.43 points) over Bonomo (2310.84) and Isaac Haxton (2094.39) in fourth and fifth, respectively.

Although there are some tours taking a bit of a hiatus in May – the EPT won’t return to action until after the 2018 WSOP – the WPT could influence the POY standings over the next few weeks. Also, the 2018 Super High Roller Bowl at ARIA in Las Vegas could have an impact. After that, the World Series begins, which could end the reign of Chidwick on the Player of the Year boards should he falter in Las Vegas and others rise.