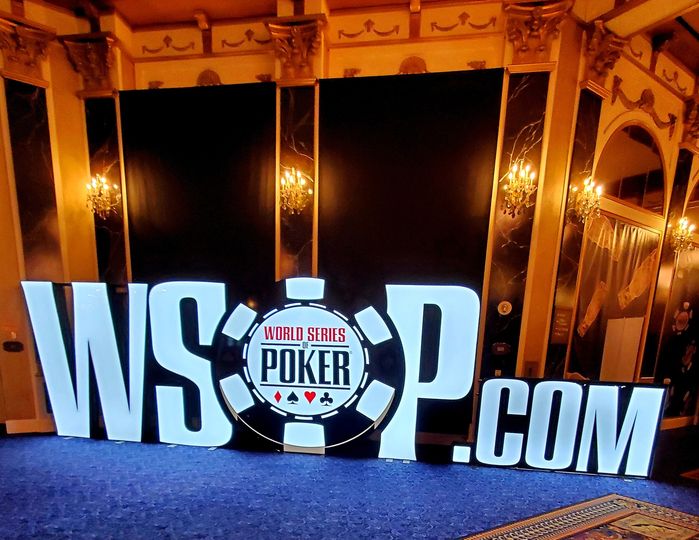 It is the point of the race where some fatigue may be setting in. The 2022 World Series of Poker is rapidly approaching the halfway mark of its 48-day run and the action has continued at a rather steady pace. Thursday’s action will be highlighted by two final tables in non-Texas Hold’em events, as Pot Limit Omaha and Deuce to Seven Lowball will take to the stage on the floor of Paris Las Vegas.

In Event #30, the $1000 Eight Handed Pot Limit Omaha tournament for the 2022 WSOP, ten players remain in the battle. That was not what the WSOP officials were hoping for, however, as they expected to not only bust the eight handed final table but be down to six players at this point. Regardless of the intentions of the WSOP, the ten players are setting up for what should be a tremendously tough fight for the bracelet.

Leading the way for action on Thursday is Daniel Weisman, who is looking to shake off the shackles of “best player without a bracelet.” Weisman has picked up other accolades on the felt, but to this point a WSOP bracelet has escaped his grasp. He is well-stacked with 6.42 million chips, but the field is quite close behind him and it truly is anyone’s game to win.

The battle for the WSOP bracelet will be a frenetic one – like PLO does not already have enough twists and turns – but the prize will be well worth it. The first-place prize is $255,359 and, of course, the WSOP bracelet.

The latest Championship Event of the 2022 WSOP, the $10,000 Deuce to Seven Lowball Triple Draw tournament, has a litany of top pros who have survived the 118 entries who started on Tuesday. The Day Two leader, Brian Hastings, got to that spot after battling with Shaun Deeb in one of the final hands of the night. However, a quick glance around the tables demonstrate why these Championship Events are so daunting, as there is not a weak spot at any table.

It is going to take quite a bit for Deeb, Hellmuth, or Bronshtein to get close to the bracelet. It may very well be that one of the top four players at the start of the day will be the one to take the prize with their chip advantage. Everyone has locked up $25,009 for their efforts to this point, but the WSOP bracelet and $292,146 await the eventual champion…probably early Friday morning!

Four tournaments are going to come back on Thursday still in the preliminary stages of their play. Two of them will be starting Day Two, while the other two will crack the seal on their decks.

In Event #32 on the 2022 WSOP schedule, the $1500 H.O.R.S.E. mixed game event, Tamon Nakamura is the chip leader of the 264 players that are left in the tournament (from the 773 entries). It is way too early to start looking towards the championship, but it is important to say that players like Dzmitry Urbanovic, Shirley Rosario, Phil Ivey, Michael Mizrachi, and the defending champion Anthony Zinno, are a part of the festivities for Day Two.

Event #33, the $3000 Six Handed No Limit Hold’em tournament, features 55 players remaining (from 1348 entries) as it kicks off their Day Two battles. Germany’s Nino Ullman leads a couple of Canadians, Rayan Chamas and Vanessa Kade, as the cards hit the air on Thursday. The massive field created a prize pool of just less than $3.6 million, which the champion will claim $594,079 of.

Two tournaments – the $1500 No Limit Hold’em Freezeout event and the $2500 Mixed Big Bet tournament – will feature their Day One action at Bally’s on Thursday. In 2021, Chad Himmelspach outlasted the 1191 player field to capture the title in the Freezeout tournament, while Denis Strebkov earned the bracelet in the Mixed Big Bet tournament over a 212-player field. It isn’t out of the question to expect both of those fields to be topped in what has so far been a very popular 2022 WSOP.