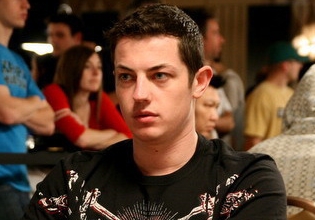 The poker world watched in earnest late last night as the second installment of the Tom Dwan Million Dollar Challenge kicked off on Full Tilt Poker. Although no official tracking page exists, Dwan got off to a quick $130,000 lead over Dan “JungleMan12” Cates after 1,651 hands, according to the High Stakes DB and Dwan’s Twitter.

Whereas the first Durrrr Challenge, which has not yet been completed, pits Dwan against Patrik Antonius in $200/$400 Pot Limit Omaha, the newest installment will see $200/$400 No Limit Hold’em being played. A total of 50,000 hands will take place and Dwan outlined an important caveat on his blog: “Need to add on if below 75bb, can get up anytime effective stacks are >250bb.” In addition, the two have agreed to run it twice throughout the challenge, somewhat mitigating variance.

The river was the six of spades, putting three of the suit on the board, and Dwan continued to let Cates lead by checking. Cates bet $13,400, Dwan moved all-in for nearly $200,000, and Cates insta-called all-in for about $34,000. When the cards were revealed, Dwan showed Q-J for what ESPN poker commentator Norman Chad would dub “nuclear squadoosh” and Cates tabled K-8 of spades for the second nut flush. The pot was worth $86,000 after Dwan’s ill-timed bluff.

Over on the TwoPlusTwo poker forums, the railbirds were out in force watching the first day of action in the Dwan versus Cates Durrrr Challenge. A bevy of hands were posted, including one in which Dwan scooped a $104,000 pot with 10-8 for two pair after Cates’ flopped straight draw failed to hit. In a separate hand, Dwan’s A-J withstood pocket tens after the money went in a board of A-3-A-6. The river was run twice – both cards were kings – and Dwan collected a $119,000 payday.

On the official Durrrr Challenge stats page posted on Full Tilt Poker, a session at the challenge tables that began at 7:43am ET on Friday morning lasted three hours saw 1,323 hands played. “Antonius” is listed as its winner to the tune of $234,000, which in all likelihood means that Cates mounted a comeback.

Dwan posted on his Twitter feed to confirm that he was up nearly $130,000 after 1,651 hands. In addition, he had received some tasty brain food from his girlfriend: “My gf made this tasty pasta n rice dish which I ate a bunch of the last few days. Just saw mushrooms in it which I thought I hate – sik life.” He’s fresh off a 35-hour online poker session, making his early success against Cates even more impressive.

Cates recently signed with CardRunners, one of the industry’s top poker training sites. Stay tuned to Poker News Daily for the latest from the Durrrr Challenge.