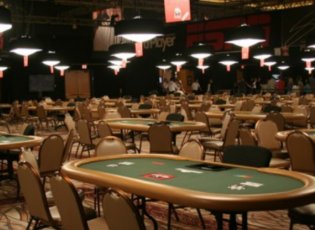 We’re nearing the end of the 2010 calendar year and, as such, we’d like to take a moment to reflect on the past 365 days. There were plenty of headlines in 2010, but which one stole the show for our esteemed panel of writers? Poker News Daily asked our staff which poker headline of 2010 stood out.

2010 saw the continued splintering of the online poker market worldwide. France and Italy now have their very own online poker fiefdoms, while legislation in New Jersey to create the very first intrastate internet gambling framework in the United States is gaining steam. In fact, the measure will be one of the first topics that the New Jersey Assembly tackles in the New Year.

Whether the division of the online poker market is detrimental to the player experience remains to be seen. Many of the FR and IT sites tracked by PokerScout.com hold strong in the top 20 worldwide in terms of cash game volume, but players cannot compete as part of the worldwide pool. Expect this trend to continue in 2011 and beyond, especially in the United States, where a state-by-state legalization of internet gambling appears to be in the cards.

Annie Duke: Year of the Woman

I think the biggest news story of 2010 is the breakout of women in poker, and that is not just because I am one of them. Vanessa Selbst winning two majors was a huge step forward for women in poker and, of course, an incredible accomplishment for her. Leading into that, Liv Boeree’s stellar performance in San Remo was a breakout for her and for women in poker. I guess my win has to get a mention here, too. Women have had a hard time getting true traction in this game and 2010 put an exclamation point on the quality of the women who play.

I think the biggest poker news story involved the Washington State courts upholding the 2006 state law saying that playing online poker is a Class C felony, a crime on the same level as child molestation. This prompted Full Tilt Poker and PokerStars to pull out of that market. What a travesty it is for people in that state, many of whom will have to relocate. I think it is also very hypocritical of the government; after all, Washington State residents still can buy lottery tickets online.

Lee Jones: Year of the Near Miss

2010 will be remembered as the “Year of the Near Miss”. We will probably never know how close we got to overt legalization of online poker in the United States towards the end of 2010. Harry Reid tried every possible maneuver to get his bill passed that would have legalized and regulated online poker in the USA. Had it not been for Jon Kyl, the bill almost certainly would have passed and been signed by President Obama.

Despite poker pros’ concerns about the 15-month blackout prior to actual regulated play, I believe that legalization would have (and will eventually) produce a second renaissance of poker that will completely overshadow 2003, the year of Chris Moneymaker and the WPT. It will only be in the light of that second renaissance that we realize how unfortunate the “Near Miss” of 2010 was.

Certainly the biggest almost-story was the Harry Reid online poker bill. But it looks like regulated online poker in the States will have to wait. Maybe it’ll be the biggest news story of 2011? Fingers crossed!

I think we will eventually realize that Rush Poker Mobile is the biggest poker news story of 2010. It might not be the biggest story right now, but it will probably bring about some significant legal changes. Seeing people playing poker on the bus, in the halls at work, at the bar, or anywhere that people congregate – and seeing all of those people playing online poker for real money on their phones – will change public perception.

What direction the public perception goes and how the legal aspects work out will have a huge effect on the future of our freedom to play our favorite game. I think Michael Mizrachi’s trip to the WSOP final table was talked about a lot more at the tables, but Rush Poker Mobile will have a bigger splash in the long-run.

When I first saw Shaun Deeb seated wearing lipstick, makeup, and a cowboy hat at the WSOP Ladies Event, I knew the poker world was about to erupt. Deeb and more than a dozen male players crashed what was supposed to be an enjoyable tournament for female poker players. Instead, it turned into a media circus.

Some of the men claimed they were taking a “gender equality” stance by playing in the $1,000 event; others had lost prop bets. Regardless, all of the women were upset by it, as evident by the standing ovation that occurred each time a male player was eliminated. The unfortunate episode also fueled one of the biggest feuds of the year between Annie Duke and Daniel Negreanu, which is another of the most memorable stories of 2010.

For me, it would be Michael Mizrachi. At the beginning of 2010, not many people put Michael Mizrachi in the forefront of poker, but as he arrived at the WSOP, he definitely wanted to make his mark. Mizrachi came out of the gates winning the $50,000 Player’s Championship. In addition to that, he made two other final tables and, of course, who could forget him almost winning the improbable double-double of the $10,000 Main Event as well? Michael Mizrachi had a phenomenal year and has put himself back in the forefront of the world of poker.

For me, the biggest news story of 2010 was the resurrection of Michael “The Grinder” Mizrachi’s poker career. Count me in as one of the guys who wrote him off for good, especially when all of the financial trouble started cropping up. He proved beyond a shadow of a doubt that he’s one of the world’s best players; his run to the November Nine was every bit as magical as Phil Ivey’s in 2009. Mizrachi is a player we can respect for his past accomplishments and track as one of the big names in the poker industry.

As far as the biggest stories of the year in poker, I am torn between two. The four-year-long battle to overturn the UIGEA, which heated up even more over the past 12 months, seemed to get the hopes up of many of us in the poker community. I was always pessimistic about the passage of any legislation that would allow Americans to play poker online and, in the end, my pessimism proved to be correct.

The second story is Jonathan Duhamel’s victory in the WSOP Main Event. He became the first ever Canadian World Champion, capturing the attention of his country and the world. He was even nominated for Canadian Athlete of the Year alongside such big names as Sidney Crosby and Joey Votto. When you think of players from Canada who came before Duhamel, such as Daniel Negreanu and Gavin Smith, for him to become the first Canadian champion of the Main Event was a truly significant feat.