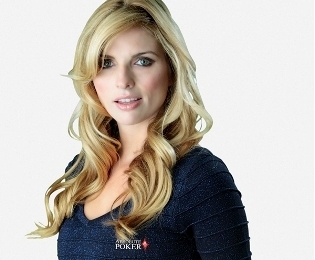 Born November 4, 1979 in Cut Off, Louisiana, Trishelle Cannatella first gained recognition in 2003 by appearing in MTV’s The Real World: Las Vegas. Since then, she has been featured in Playboy, Maxim, Details, Elle Girl, Spin, and Stuff. She also been in over 30 TV shows and films, including Criminal Minds, The Dukes of Hazard: The Beginning, The Surreal Life, Punk’d, Fear Factor, Ninja Cheerleaders, and Dr. Steve-O.

On the tables, Trishelle got off to an auspicious start when her ex-boyfriend and his friends gifted her Poker for Dummies as a prank. Much to their dismay, she used the book to teach herself to play and, before long, was beating the boys at their own game. She then began playing online at Paradise Poker, where her game developed further. Soon after, she got her courage up and entered an $80 tournament at Caesars Palace, which she won. From then on, she decided to take the game more seriously.

2005 saw Trishelle appear on Celebrity Poker Showdown, where she performed admirably. In 2008, she made the final table of the World Poker Tour Celebrity Invitational, announcing to the poker world that she was for real.

In a strange turn of events, Cannatella got in touch with Absolute Poker through a mutual friend. The end result was Absolute Poker offering Trishelle a sponsorship as an ambassador, a position she still holds.  Her duties include doing both video and written blogs, going to charity events, and spending her summers at the World Series of Poker in Las Vegas.

More recently, Cannatella took down the Trash Talk Championship, a charity event held at the Hard Rock in Las Vegas. The event, which sent proceeds to the Sharon Osbourne Colon Cancer Program at Cedars-Sinai Medical Centre, awarded Trishelle with a seat to the 2010 WPT Invitational tournament. She finished third in the event, cashing for $30K.

Currently, Trishelle Cannatella is still actively pursuing her career on the screen, but she can often be found online at Absolute Poker, where she plays as Trishelle_C.