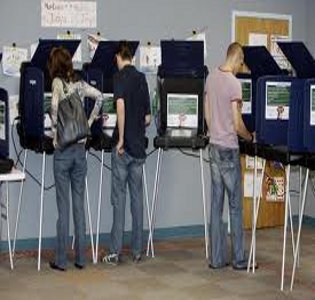 There have been plenty of surveys published that have looked at the issue of online gambling and poker. For the most part, however, they have been skewed by those that issue the surveys (a popular gambling company on the positive side and a Republican lobbying group against the issue) as they attempt to influence the discussion. A new study from a top university seems to show that online gaming and poker still has a long way to go before it is accepted.

Farleigh Dickinson University’s Public Mind poll surveyed over 1100 adults (18 and older) nationwide in April and found some startling statistics. According to the FDU poll, more of the respondents were in favor of marijuana legalization (52%) than were in favor of online gaming and poker regulation (20%). Furthermore, only 4% of the respondents were in favor of passing legislation approving both actions, while 18% stated they would rather see neither become legal. The poll, which had a 2.9% margin of error rate, also concluded that these numbers aren’t out of line with what has occurred over the past few years.

In analyzing data back to 2010 (prior to the “Black Friday” shutdown of the major online poker sites in the United States), the researchers at FDU have noticed that the results have been static. In 2010, the split between those who preferred marijuana legalization over online gaming was 67%/21% and, in 2012 (and perhaps because of “Black Friday”), the gap narrowed to 60%/27%, but still in the ballpark of the 2014 numbers. The 2014 survey is actually the best that regulation of online gaming and poker has done against marijuana legislation in the history of the poll.

“More and more states may be considering it (online gaming regulation), but the public doesn’t seem to be buying it,” Dr. Krista Jenkins, the director of Public Mind and professor of political science at FDU, stated in the report. “Right now, online gambling looks to be a long shot in the court of public opinion.”

Dr. Jenkins’ survey shows that the divide between the two subjects doesn’t come down to a political argument or a gender issue. When asked if they favored or opposed state operations of online gaming and poker, Democrats opposed the measure 64%/27% and Republicans followed suit in opposing it 66%/24%. Men were a little bit more likely to approve of online gaming and poker over women, but both genders still opposed it. Men opposed it by a 64%/25% margin and women viewed it worse at 69%/20%.

Those numbers completely reverse when the question of marijuana legalization is asked. When asked if they favored or opposed legalization of small quantities of marijuana for recreational use, Democrats were in favor of it by a 63$/33% margin and Republicans approved by a 58%/37% margin. Coming down to the gender issue, men were in favor of the idea (54%/41%) while women cast a “no” vote on this question by a slim 48%/47% margin.

“These two issues are very similar in that both internet gambling and marijuana use is taking place whether regulated or not,” Dr. Jenkins commented. “(It appears that) Americans do not have the appetite or munchies for legalizing internet gambling as they do for marijuana.”

Some of the issue with the marijuana/online gaming question may come from simply an educated populace. The FDU report shows that 86% of respondents acknowledged “a lot” or “some” knowledge of movements by states to allow for recreational marijuana usage. On the flip side, only 34% of the respondents could answer in the same manner regarding online gaming and poker regulation.

While it is far from the final word on the subject, the FDU poll is at least an effort from a non-partisan organization that is examining the issue in full. Contrast that with studies from Rational Gaming (pro-online gaming) and the Coalition to Stop Internet Gambling (anti-online gaming) that have both done little more than support their own causes. To view the report in full, visit Farleigh Dickinson University’s Public Mind poll to learn more.