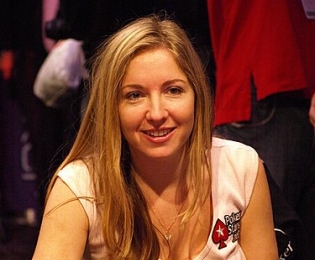 After a little glitch in their tabulating system negated their public vote (more on that in a moment), the Women in Poker Hall of Fame induction committee has named the two women who will join the hallowed halls of the organization during an induction ceremony this fall.

For the first time earlier this month, the WiPHoF opened up voting for the general public to determine one vote as to who they believed should be inducted from these nominees:

The voting from the public was quite vociferous, according to WiPHoF director Lupe Soto, but there was a glitch in the system that caused some issues. “When the system was set up, it was only supposed to accept one vote per IP address,” Soto stated to Poker News Daily earlier this week. “Unfortunately, we discovered that if someone cleared the cookies from their browser, they were able to do multiple votes and we saw such actions in the public voting process where people were abusing the system. Thus, we could not in good faith use the public voting as a part of the process this year.” Soto noted that, for the next WiPHoF vote, there will be better software in place for the voting.

The remaining members of the WiPHoF and the induction committee’s votes did count towards the election of new members and they had a difficult task. Every person that was nominated for induction brought their own talents to the fore and each were worthy of induction. It is arguable, however, that the two who earned their slots were slightly ahead of their competition.

Victoria Coren-Mitchell has been playing the game of poker since she was a young girl growing up in the United Kingdom. Entranced by the game played by her older brother, Coren-Mitchell would eventually join her brother’s group before branching out into the card clubs of England. Through such noted establishments as her home casino, the Grosvenor Victoria Casino in London (“The Vic”), and across Europe, Coren-Mitchell would battle the best that the poker world could throw at her, be it in cash games or tournaments. She is the only player in the history of the European Poker Tour to win two Main Event titles (EPT London 2006 and EPT Sanremo 2014) and has earned over $2.4 million in her tournament poker career.

Outside of the felt, Coren-Mitchell has long been a proponent of the game, both live and online, and involving women in the game. She was a longtime member of Team PokerStars Pro (resigning her position in 2014 when Amaya Gaming, the new owners behind PokerStars, introduced casino gaming with the PokerStars platform, something Coren-Mitchell did not agree with) and has written extensively about poker. Her autobiography For Richer, For Poorer:  My Love Affair with Poker documented her life’s journey with the game and her articles in newspapers such as The Observer and The Guardian also allowed her to talk about the game and her other musings on life. Coren-Mitchell has also been a part of several poker broadcasts over the years, both as a presenter and as a player and becomes the first European poker professional to be inducted into any Poker Hall of Fame.

Debbie Burkhead has done almost everything in the world of poker, be it as a player, promoter of the game or as a member of the media. Since the 1990s, Burkhead has written about the game of poker, starting with PokerPages.com, and hey byline could be found at such notable poker institutions as Poker Player Newspaper and Poker Digest. In 2010, Burkhead founded Poker Player Cruises in 2010, catering to travelers who liked to play poker while their ships were in transit, and served as president of the organization until 2013.

Burkhead also has done some damage on the tables over the years. In her tournament poker career, she has garnered over $200,000 in tournament earnings, mostly in regional events. She earned the Best All-Around Player title at the Peppermill in 2002 and has cashes in virtually every discipline of poker imaginable. She also earned the Ladies International Poker Series (LIPS) National Championship in 2007 and is a member of the Women in Poker Hall of Fame Board of Directors.

Coren-Mitchell and Burkhead will be inducted during a special luncheon ceremony that will be held July 6 at 11AM at the Gold Coast Casino in Las Vegas. Tickets are available for the induction ceremony, which will be emceed by Women in Poker Hall of Fame member Jan Fisher and feature keynote speaker and Global Poker League’s L. A. Sunset’s manager Maria Ho, at the WiPHoF website. Congratulations to both Burkhead and Coren-Mitchell, two women well deserving of the honors bestowed upon them.