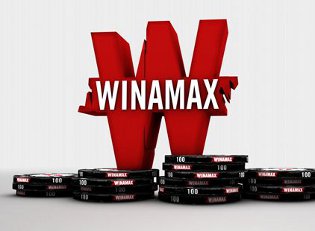 French online poker site Winamax.fr tried to join the crowd and launch its version of “Fast Fold” poker Monday, but the game got stuck in first gear and had to be shut down.

Fast Fold poker is nothing new. It was introduced the poker world in early 2010 by Full Tilt Poker as “Rush Poker,” a game in which players are automatically seated at tables based on stakes and then whisked off to another as soon as they fold their hand. The speed of the game, which eliminates the need to wait for other players to finish a hand, has made it extremely popular, appealing to casual players who get bored easily and more serious players who want to get in as many hands as possible.

Because of a pending patent on Rush Poker, Full Tilt had a monopoly for a while, but after a couple years, other poker rooms starting launching their own versions of the game. Fast Fold poker, as the game type has come to be called, has stuck, becoming one of the most popular poker variations on the internet. In fact, cash game tracking site PokerScout.com has said that, depending on the poker room, Fast Fold poker has at times sucked away as much as 25 percent of a poker room’s cash game traffic from the regular tables.

Winamax was one of the few major sites to be without a Fast Fold variant, so its customers were probably thrilled when it launched “Go Fast” on Monday. With a racecar theme, complete with racing sound effects and dashboard gauges, it had a great look, even if at its core it was no different than any other offering.

Unfortunately, there were problems under the hood. Go Fast was littered with all sorts of bugs, including freezes when multi-tabling and the software’s failure to get money back in players’ accounts after leaving the table. As such, Winamax decided to shut the game down in order to fix things. On the Go Fast page, Winamax posted simply, “In order to fix some user-related issues, we have temporarily stopped GO FAST. We hope it will be back very shortly. We apologize for the inconvenience.”

While Winamax is late to the Fast Fold game, it did innovate by being the first to introduce another type of game that is now becoming the hot new thing in online poker. In July 2013, Winamax launched Expresso Poker, a game in which players compete in three-handed, hyper-turbo Sit-and-Go tournaments with winner-take-all prize pools. Aside from the unusual format, what really makes the game unique is that the prizepool is unknown until the game begins. At that point, it is randomly determined from a set of probabilities. A prizepool of two times the buy-in is the most common and will be set about 75 percent of the time. After that, the possible prizepools go up while the chances of hitting them go way down.

Since the advent of Expresso Poker, several poker rooms and networks, including the iPoker Network, Full Tilt Poker, and PokerStars, have launched their own “Lottery Sit-and-Go” games with max prizepools as high as 1,000 or 2,000 times the buy-in.