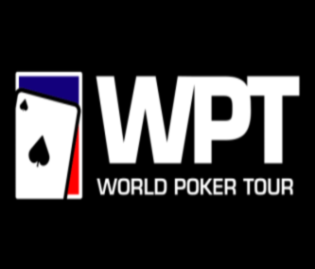 The World Poker Tour has, at certain points in its history, stretched their moniker as far as “world.” For a few years, the organization barely left the States of America and, if it did, it was still on the North American continent. Of late, however, the WPT has been stretching out into the international market, as demonstrated by their latest endeavors on both sides of the globe.

The WPT and India-based Adda52.com announced that they would be collaborating to expand poker in the billion-people strong country. This Asia-Pacific expansion between the two groups will be twofold, with a new tournament – the WPTDeepStacks India – as well as a brand-new honor for yearly performance in the WPT India Player of the Year award. Between both endeavors, the WPT and Adda52.com are looking to make poker even bigger in the country.

“With a burgeoning poker community in a country with a population of more than 1.3 billion, India is one of the most important territories in the global poker landscape,” added Angelica Hael, the WPT’s Vice President of Global Tour Management. “Together with our partner Adda52.com, the WPT looks forward to not only sharing the WPT experience through the expansion of WPTDeepStacks to the region, but also giving Indian players incremental value with the WPT India Player of the Year award.”

“We are excited for WPT and Adda52 to take its partnership to new heights by bringing WPTDeepStacks to one of India’s most beautiful locations, Goa,” Anuj Gupta, the founder & Chief Executive Officer of Adda52.com, added. “WPTDeepStacks India will be an exceptionally unique event since the tournament will be held onboard a floating ship. As poker’s premier mid-major tournament circuit, WPTDeepStacks is the perfect fit for the Indian poker community.”

As Gupta stated, the WPTDeepStacks India will be held from November 7-13 at the Deltin Royale Casino in Goa, India. The $1000 buy-in tournament will be the capstone to the other innovation produced by the partnership between the WPT and Addar52, the WPT India Player of the Year award. Along with the DeepStacks tournament, two other events in India will be held to find the best player in the country.

From July 20-24, the Deltin Poker Tour Goa will hold a $540 Main Event, with the people who cash in the tournament earning all-important points towards the WPT India POY. From September 6-11, there will be another $540 tournament for the Deltin Poker Tour Goa where players can earn more points. Along with the November WPT DeepStacks tournament, the player who earns the most points through the three tournaments will win the WPT India Player of the Year award.

Danny McDonagh, the WPT Live Events Specialist, commented, “Alongside the outstanding team at Adda52.com, the World Poker Tour is proud to introduce a dedicated WPT India Player of the Year award to showcase the region’s top talent and to bring WPTDeepStacks to this flourishing market.” In making this statement, McDonagh also brought up the prizes for those who vie for this title. The eventual champion will be named Player of the Year and earn a $5000 credit for WPT events and Deltin tournaments during Season XVII of the WPT.

Alongside their stretch into the Asia-Pacific market, the WPT is also looking southward for more poker action. Earlier this week the WPT announced that they had paired with Enjoy Punta del Este in Uruguay to bring a televised poker event to the South American country. As a part of their Season XVI schedule, the new WPTDeepStacks Uruguay Main Event (with two opening day flights and a $1500 buy in) will play from November 1-5 this fall.

“With its entry into South America, the World Poker Tour is now on its fifth continent,” said Adam Pliska, the Chief Executive Officer of the WPT, in announcing the new stop. “As the WPT continues its global expansion, we look forward to showcasing the abundance of poker talent across the globe and bringing the game to new audiences worldwide, starting with Enjoy Punta del Este in Uruguay.”

“It is an honor that a company as prestigious as the World Poker Tour has chosen Enjoy Punta del Este to co-host the tour’s first televised event in South America,” said Sebastián Truffello, the General Manager of Enjoy Punta del Este. “It is no secret that the WPT features the best televised poker tournaments in the world, and it is our great pleasure to partner with the WPT for this extraordinary event. We have no doubt that the combination of Enjoy’s expertise and infrastructure, plus the incredible experience of participating in a world-class WPT televised tournament, will result in an incredible event for all of those who attend.”

It seems that the WPTDeepStacks event won’t be the only tournament going on around that time. Although it has yet to be finalized, there is a full schedule of preliminary events that will surround the WPT tournament in Punta del Este, promising plenty of poker action for all. For those that don’t do so well on the tables, there is plenty of beaches and entertainment to take the mind off the losses – at least for a bit.

The WPT – the organization where “world” was once a funny joke – is truly striving to make it an integral part of its being. With the new events spanning the globe in India and South America, the reach of the WPT seems to only become greater.