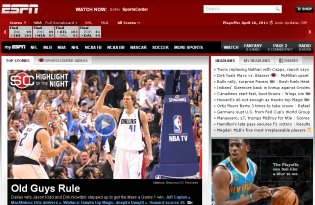 Tonight’s the night, sports fans. One of the landmark days of the fall. This evening, we get to watch the season’s first broadcast of Monday Night Foot…wait. Let’s flip the channel up one notch. Ok, there it is. Tonight, September 14th, marks the first episode of the 2015 World Series of Poker Main Event on ESPN2.

Starting tonight and running weekly for nearly two months, the ESPN family of networks will air at least two hours of the Main Event. The first episode will be shown on ESPN2 from 8:00pm to 10:00pm Eastern, as well next Monday’s episode. The third episode will be on Wednesday, September 30th, and will shift one hour later.

In October, the Main Event episodes move to ESPN-proper on Sunday nights from 8:30pm to 11:00pm.

Those are all pre-taped, edited broadcasts. The November Nine return to the Rio on November 8th (fancy that!) and ESPN will be broadcasting the Main Event live (with a slight delay). On that first day, the final table will play down from nine to four players. On November 9th, those four will be reduced by half and on November 10th, the final two players will meet to determine a champion. This three-day November Nine format differs from years past, when the final table was whittled to three the first day and the winner was determined on the second day. Hopefully this new schedule will shorten the days a bit, not only for the players, but for the viewers, as well. DVRs have only so much storage space.

The other thing that is interesting about ESPN’s World Series of Poker Schedule is that the episodes will be competing directly against NFL football. In fact, the Monday night episodes go up against ESPN’s own Monday Night Football. They target similar demographics, though, and since the Monday Night Football matchups are no longer premium, ESPN may get some crossover viewing. Viewers might be less likely to flip the channel on Sunday nights, as the weekly games on NBC are the marquee prime-time games (example, last night had long-time rivals Dallas Cowboys and New York Giants going up against each other and next week features a rematch of last season’s dramatic NFC Championship game between the Seattle Seahawks and Green Bay Packers). ESPN may be able to risk it because of the prevalence of multiple screens in households and the ability to for people to stream programming on computers and tablets.