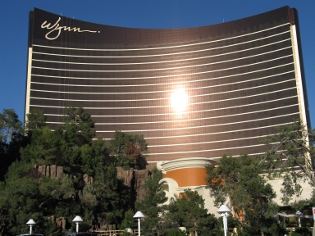 Wynn Resorts has finally made a move to get into the intrastate online poker game. On Monday, it was announced that Wynn and 888 Holdings have entered into an agreement to develop Wynn’s online poker product. Wynn’s site will be on the All American Poker Network (AAPN), a joint venture between 888 Holdings and Avenue Capital Group.

“AAPN is honored to be selected by Wynn to be its online gaming partner,” said AAPN’s Executive Chairman David Licht in a statement. “The platform and ancillary services AAPN will offer through 888, coupled with Wynn’s marquee brand, which is synonymous with quality and trust, will further establish our offering in the forming U.S. regulated online gaming market.”

AAPN will provide Wynn with its entire suite of products, including poker and casino games, as well as back office systems.

The All American Poker Network was created in March of this year, becoming the first U.S.-based online poker network. Treasure Island was the first casino to partner with AAPN and both the casino and the network were granted their Nevada interactive gaming licenses this spring. Treasure Island has yet to launch, though will likely be the first to get up and running on the network.

888 also provides the software for Caesars Interactive Entertainment’s WSOP.com, which went live last week in Nevada. WSOP.com is not part of the All American Poker Network and there are no plans at this time to make it one. In a conference call last week, Caesars Interactive Entertainment CEO Mitch Garber made the interesting comment, “In a market the size of Nevada, we probably feel that we don’t need to share liquidity.” Considering Nevada is in the bottom half of states in terms of population, behind such household-dense states as Iowa and Kansas, Garber must have great confidence in his company’s poker offering.

Once New Jersey gets its online gambling industry going (slated for later this year), AAPN may be able to add to its liquidity by combining player bases in both Nevada and New Jersey. It will have to operate two separate networks at first, however, as the two states still need to ink an interstate gaming compact.

This is exactly the type of partnership we’ve envisioned when we formed AAPN with our partners Avenue Capital. The challenge of establishing a robust, entertaining offering with ample player liquidity is one of our prime goals, in direct continuum to 888’s success in other regulated markets such as Spain and Italy. Wynn’s market footprint and reputation will allow [it] to leverage our technology and products as it did so successfully in the land-based world.