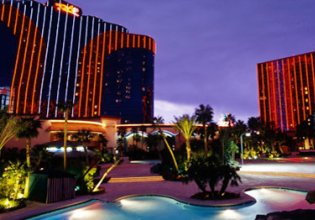 It’s that time of year once again, when poker’s elite gather to Las Vegas to watch the final nine members of the World Series of Poker (WSOP) Main Event play down to a winner.  This year, the winner will receive $8.9 million.  In this article, I’m going to break down the November Nine and give you my predictions as to what will happen at the final table.

As we head into the action on November 6th at the Rio, here are the chip counts:

When play resumes, the blinds will be 250,000/500,000 with an ante of 50,000.  That means that both Senti and Nguyen are basically in push/fold mode and will be looking for a quick double up.  Here’s a breakdown of the players remaining:

Things to Like: He’s the chip leader and a very confident player with a ton of online heads-up cash game experience.  He gave Matt Affleck the bad beat of his life and ran hot when play was down to the final 10 players.  He has a lot going for him, including a massive chip lead.  He’s also a hockey player, which means he’s tough.

Things to Dislike: He’s the youngest player in the field, so that might work against him at the big stage at the Penn and Teller theater, although that hasn’t been the case for the last two champions.  He also has a giant target on his back as the chip leader and has had to deal with that pressure for months.

Prediction: It would take an epic brain fail or snake-bitten bad luck for Duhamel to finish below fourth place at this final table. We might see what happened to Dennis Phillips here, where our chip leader finished a respectable third place.  Could he go the distance and win it all?  Definitely.

Things to Like: Great player with a great attitude.  He didn’t come with a big entourage like some of the players did for the Main Event, but chose to stick it out with a small core of friends throughout the WSOP.  We know all he’s done is focus on winning and has the chip stack to make it happen.

Things to Dislike: He was able to run hot when play got down to the final 12.  You have to wonder how Dolan would have fared if he didn’t run so well and if he can keep it up four months later.

Prediction: Dolan is a good player, but you sometimes see guys who ran hot at the end of July run cold in November.  However, Dolan should make waves and a top four finish is what to expect.

Things to Like: Cheong is a genius-level thinker who basically dominated the game since Day 1.  He has both live and online experience and nobody took bad beats better than he did.  He’s highly skilled and more than one player admitted to me off-camera that he’s the most dangerous man left.

Things to Dislike: Cheong allegedly admitted that he doesn’t want to win.  He says he has his reasons, which I’ll never understand.

Prediction: Cheong was my go-to guy until I heard about him wanting to finish in second place.  He reminds me a bit of Ylon Schwartz, who had a self-destructive ending to his Main Event.  I’m guessing that Cheong will finish third, but I really want to pick him to win it all.

Things to Like: This East Coast grinder has been playing at the top levels of live and online poker for years.  It’s hard to think of someone at this final table who has more tournament success overall (sans Mizrachi).  He’s a solid grinder and has a very mathematical approach to the game.

Things to Dislike: Unfortunately for Racener, Poker News Daily Guest Columnist Bernard Lee gave him the dreaded “vote of confidence” to win it all.

Prediction: I see Racener finishing as one of the two heads-up players when everything is said and done.  He might win the big one.

Things to Like: Is there a nicer guy left in the field?  Probably not.  He’s a poker fanatic who had every job imaginable before being a poker pro.  Think he wants to go back to selling knives door to door?  No way.  He’s highly motivated to win.

Things to Dislike: His chip stack pales in comparison to Duhamel’s and Dolan’s.  He’s played well to get into the November Nine, but there is only so much you can do with a short stack.

Prediction: I think we’ll see Jarvis probably exit sooner rather than later.  If Lady Luck decides to give him a lap dance at the final table, he’ll be very dangerous and could wind up in the top four.

Things to Like: He’s a solid player and the last European standing.  He will have a huge (and presumably loud) support group in the stands.

Things to Dislike: Who wants to root for the luckbox?  Not me.  I’m sure my cousins in Italy won’t approve of me saying this, but Candio made some terrible plays on his way to the final table.  If he keeps that up, he’ll burn his stack off quicker than Nero saw Rome burn to the ground.

Prediction: I’m hoping Candio watched the coverage on ESPN and stops making terrible river calls.  If he can channel his inner “Darvin Moon,” he could potentially get heads-up.  Otherwise, it’ll be a bottom three finish for the singing Italian.

Things to Like: There is no more accomplished player at the final table than Michael “The Grinder” Mizrachi.  He’s won championships on the World Poker Tour and at the World Series of Poker.  He’s the popular favorite of the crowd due to his name recognition and feel-good turnaround story this year.

Things to Dislike: Not many of us like to root for the perceived favorite to win it.  We usually like the underdog in these things, which Mizrachi might be thanks to a woefully small stack, another thing to dislike about his chances.

Prediction: I have a gut feeling that Mizrachi will be one of the first two players eliminated.

Things to Like: He’s a true amateur who has played well and gotten poker coaching from friends like pro Nam Le.  He already has a good career and family; whether he wins or loses, he’s ahead in life.  There isn’t much pressure on him, so he can just play his game.

Things to Dislike: Many of us got the sense that he’s not taking this as seriously as he should be.  We might be wrong, but there’s no mistaking that his small stack and lack of poker experience will be huge negative factors.

Prediction:  I can see Nguyen pushing in with the wrong hand early.  He’ll either double up to finish somewhere around sixth place or be the first one eliminated.

Things to Like: Another great guy who has a great attitude, Senti is a well-known coach in online circles.  He plays both heads-up No Limit Hold’em and Pot Limit Omaha and has been crushing for years.  He knows how big this stage really is and is gunning to win.

Things to Dislike: He’s the uber short stack and needs to have luck on his side.  There’s no maneuvering here and he’ll have to go all-in and double up early to have any chance of surviving.

Prediction: We’ve seen the short stack win it all before.  If Senti can double up early, then I am expecting big things.  Otherwise, it’ll be a short stay for Senti.

I really wanted to pick Cheong to win it all.  He’s a great guy and an amazing player, but his comments leading up to the WSOP really took me by surprise.  If he’s changed his tune and wants to win it all, I’m picking him.  Otherwise, I expect deep runs by Racener and Dolan.  If Senti can get going early, he just might be the latest short stack to win it all.

If you are dying to watch the action with a small delay, tune in to ESPN3.com, which will be streaming live coverage (minus the hole cards) from Las Vegas.  Also, be sure to check back with us here at Poker News Daily, as we’ll be on-site with written reports and video interviews.  The cards hit the air on Saturday at Noon PT.