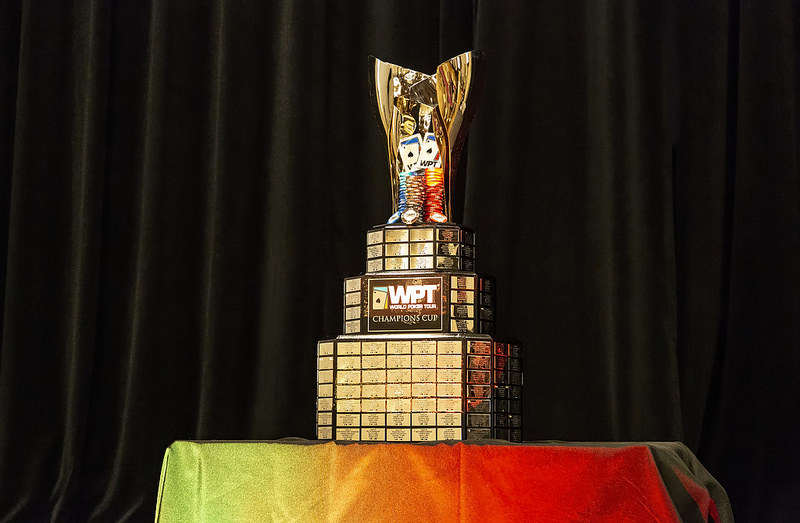 The final table is set at the Bellagio for this afternoon’s resumption of the 2022 World Poker Tour Five Diamond World Poker Classis – well, the “not-quite” final table, at least. Seven men are left in the running for the more than $1 million prize, with the first knockout on Sunday officially setting the six-handed WPT final table. Albert Calderon will lead the way when the men return to the Bellagio on Sunday, but the man who led both Day 2 and Day 3, Brian Kim, is right behind him.

The 30 players who came back on Saturday to determine the final table were certainly ready to gamble. Kim and Mike Vanier were 1-2 for both Day 2 and Day 3, but they would both have different treks through the Saturday play. One would not even be around when the final TWO tables were determined in the tournament.

Vanier went aggressive from the start, which turned out to be his demise. He would battle it out with Chad Eveslage in one of the early hands, trying to run a bluff by Eveslage on an A-8-7-8-A board. With about 200K in the pot between the duo, Vanier fired another 100K and was looked up by Eveslage. Vanier showed the complete bluff with his J-10, while Eveslage showed pocket nines and scooped the pot.

The news would not get any better for Vanier as the day wore on. He doubled up Steve Buckner when Buckner held a higher two pair, Kings up with fives, over Vanier’s sixes up with fives on a K-6-5-2-10 board. The duo would clash again moments later in a hand that essentially ended Vanier’s run.

On a J-9-4 rainbow flop, Vanier check-called a 125K bet out of Buckner to see a second Jack fall on the turn. Vanier would check again and Buckner put him to the test, moving all in for about 800K in chips. Taking advantage of his Extension Chips with the WPT Action Clock in place, Vanier agonized over the call as Buckner baited him by saying, “I can bluff…you saw me bluff the other guy.”

Vanier eventually made the call, turning up K-J for trip Jacks. Once again, Buckner had the edge, A-J for trip Jacks with a better kicker, leaving Vanier looking for a King to save him. The river was cruel, however, in delivering an unnecessary Ace for Buckner, the full house, and the hand; after the chips were counted, Vanier was left with only 210K in chips – he would depart soon afterward in 21st place.

Kim, meanwhile, stayed steady throughout the day and consistently added chips. He knocked off WPT Champions’ Cup Oddie Dardon in eleventh place and entered the nine-handed final table with only Albert Calderon and Buckner ahead of him. But Kim’s performance, of which much has been said in the previous couple of days, paled in comparison to one other man.

From the Outhouse to the Penthouse

Michael Gathy started the day with a decent stack of 670K, but it would go downhill for him – at least for a bit.

Gathy saw his stack dwindle to only three big blinds with three tables still in action and he was in dire straits. The road to redemption began, however, with a double through Dardon and then a second double through Vanier to get back to 320K in chips. Another double at the expense of Dardon would bring Gathy back to his starting stack for the day.

After battling back off the felt, some might feel that they had done enough, but Gathy became energized by his recovery. Another double-up, this time through Buckner, took Gathy over the million chip mark and, after rivering a straight against Eveslage, was in contention. He would hold the lead when the nine-handed play began and rode that stack to be a part of the seven men left in the event for Sunday’s action.

Action resumes in the WPT Five Diamond World Poker Classic Main Event at noon (Pacific) today, with the lion’s share of the prize pool to be divvied up. The next man out will take home a decent $166,000 for his five days of labor, but the top prize of $1,042,300 awaits the eventual champion, along with the berth in the 2022 WPT World Championship in December and the honor of being immortalized on the Mike Sexton WPT Champions’ Cup.