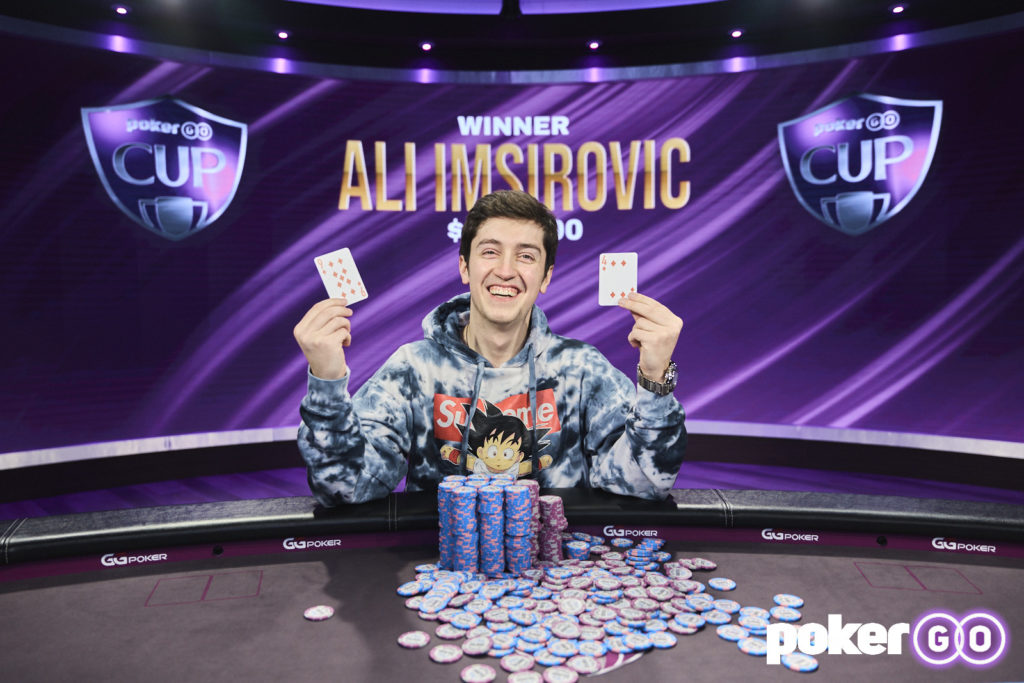 There is drama in the world of high stakes poker. Sunday night, poker pro Alex Foxen accused fellow pro of cheating, both live and online. And perhaps most interestingly, he did not get a lot of pushback.

Posting on Twitter, Foxen said that Imsirovic is “known as a cheater to almost all in the high roller community,” but that it hasn’t become a public issue because there hasn’t been much “ironclad proof.” He then proceeded to give an example from a recent stream of the Super High Roller Bowl Europe, accusing Imsirovic of “rubbernecking,” or looking at an opponent’s hole cards.

“Ali opens the CO with Ah9c,” wrote Foxen, providing screencaps as evidence. “Then quite visibly looks down at Paul Phua’s hole cards, Ad5. The actual footage makes it even more clear than this screen shot. Paul folds and Addamo defends the BB. Ali cbets and gets raised on 642ddd, sticks in a 3bet and wins the hand.”

Foxen explains, based on statistical simulations, that Imsirovic’s betting pattern only makes sense if he knows Phua’s hole cards.

If you are specifically going into the video looking for cheating, Imsirovic’s glance toward the table in Phua’s direction certainly seems suspicious, but at the same time, it is difficult to say it is conclusive. He could have been looking at his chips, his hand movement, whatever. Even with the sim analysis, it’s hard to say one way or the other.

Foxen also noted that the next day, Imsirovic wore sunglasses at the table, the implication being that he heard that people were suspicious of him, so he wanted to conceal his side-eyeing.

Foxen, who himself was accused by Doug Polk of possible collusion with his now-wife Kristen Bicknell in a live tournament a few years ago, went much further in his accusations, claiming that Imsirovic was banned from GGPoker for multi-accounting and the use of real-time assistance apps (RTA).

“I have witnessed numerous chip dumps to horses, and many suspicious changes in play from people known to be his horses when deep in online MTTs,” he added. When asked for proof, however, Foxen would not present any, despite saying that stories of Imsirovic’s alleged cheating are “100%.”

Poker pro Matt Berkey backed up Foxen’s assertions about Imsirovic, tweeting, “Can also confirm from extremely reputable sources. I’ll say it again for umpteenth time, RTA is far more rampant than most care to acknowledge. This is literally the tip of the iceberg.”

This is not the first time that someone has been accused of peeking at their opponent’s hole cards during a poker live stream. In February, a player known as “Skillsrocks” wasn’t just allegedly rubbernecking, he was quite obviously doing it on multiple occasions, even leaning back in his chair to catch a glimpse of Barry Wallace’s cards. His seemingly perfect play in those hands, along with his brash table talk, made it easy for viewers to see what was going on.

Hustler Casino, the venue where the game was played, later banned Skillsrocks, who himself admitted to cheating.