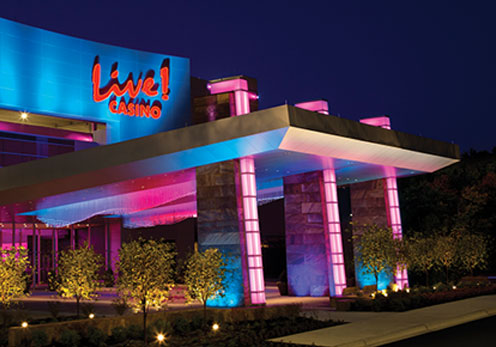 The second summer of the COVID-19 pandemic continues to affect the poker world. On Thursday, the Maryland Live! Casino announced that it has postponed its World Poker Tour stop, scheduled for September 15 through September 28. The Main Event was to be September 24 through the end of the festival.

In its brief announcement both on Twitter and its website, the Live! Poker Room did not explicitly reference COVID-19, but in saying, “We hope this postponement puts us in the best position to safely host the WPT at some later date,” the obvious is obvious:

In response to a player who asked what arrangements will be made for those who have already won seats into any of the events, poker room employee Chris McCall said that players will receive refunds. They should see him or one of the shift managers to take care of everything.

Largely because of the highly contagious and vicious delta variant of the virus and high rates of unvaccinated people, COVID-19 is raging once again through the United States. The seven-day average of new daily cases is up over 177,000, still well off the peak at the beginning of the year, but just about in the range of the deadly holiday months. Daily deaths have also topped 1,000 again, though fortunately death rates are not as high as they once were because of the efficacy of vaccines (even with millions still unvaccinated).

Maryland’s COVID-19 trends for the most part mirror that of the country as a whole, so the surge is not quite as bad relative to the peak.

This is the second World Poker Tour stop to announce its cancellation this month. In early August, bestbet Jacksonville casino said it was postponing the WPT bestbet Scramble, which would have been going on right now. Technically, both WPT stops are “postponed,” which means the casinos intend to reschedule them, but there is no timeline as to when that could happen. And with no end to this current virus surge in sight, there is no reason to think anything will be set anytime soon.

Florida is essentially ground zero for COVID-19 right now in the United States, with the seven-day moving average of new cases above 24,000 at the moment. The state has well surpassed its peak numbers from early this year.

Five weeks until the WSOP

And so far, the World Series of Poker is still on, scheduled to begin at the end of September instead of the usual end of May, pushed back because of the pandemic, though the new timeframe is starting to look dubious. Aside from the time of year, the WSOP will be affected in what will likely be lower attendance than normal because of incoming travel bans to the U.S.

Prospective attendees also got a scare with the revelation of WSOP Rule #115, which stated that players could be disqualified from a tournament for just being in close contact with someone who tests positive for COVID-19. The WSOP later clarified that those who are vaccinated and asymptomatic will not be removed from the tournament, even if they are exposed to the virus.