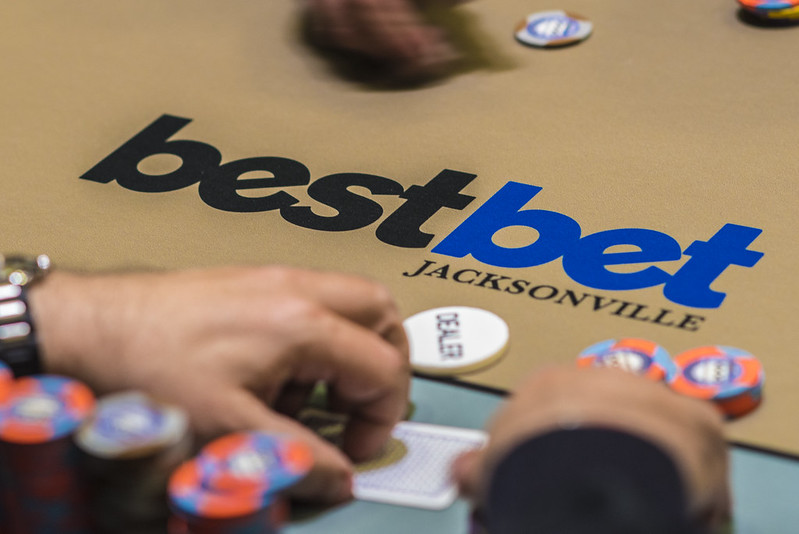 No-go for now, hopefully not for good

It’s happening again. On Monday, the bestbet Jacksonville casino announced that it has postponed the World Poker Tour (WPT) bestbet Scramble because of yet another strong wave of the COVID-19 virus. The Main Event was originally scheduled for August 27-31, while the entire festival was to begin next week on August 13.

All events, including satellites, have been called off, though the casino is still open. One would assume that only the World Poker Tour stop was nixed because it would have drawn larger numbers of people than the casino normally accommodates. And, of course, in poker, players are sitting in close quarters for hours upon hours a day.

Some cynics on social media think bestbet Jacksonville has postponed the tournaments because it was afraid low turnout could lead to an overlay (the Main Event had a $1 million guaranteed prize pool), but there is no evidence that this is the case. These types of comments routinely pop up whenever a casino or poker room cancels or postpones a tournament.

There are also some more reasonable rumors that the casino is having trouble finding enough dealers, though again, these are just rumors. Many casinos around the country have been experiencing staffing issues since the pandemic, however, so these rumors are at least realistic.

Florida is a COVID-19 hotspot

More likely – despite the casino still remaining open – it is safety decision. With health and safety measures lifted across the country over the last few months, a refusal by millions to get vaccinated, and people getting out and about over the summer, COVID-19 cases have skyrocketed once again, led by the nastier, more contagious delta variant.

The seven-day moving average of new daily COVID-19 cases in the United States – most of which are reportedly the delta variant – is 81,300, the highest it has been since mid-February, before vaccinations were widely available.

Florida (where Jacksonville is located, for the non-geographically inclined) is proportionally much worse than the country as a whole. The state’s seven-day moving average of new daily cases is 21,683, making up more than a quarter of the US’s total figure. This is quite literally the highest it has ever been in the state, even more than the pre-vaccine winter holiday peak.

The number of COVID-19 hospitalizations in Florida also hit another all-time high at 11,515, according to Tuesday figures released by the US Department of Health and Human Services. Daily new deaths are not surging quite as much, likely because vaccines have helped reduce the worst case scenario. Deaths are on the rise, though.

Contributing to the explosion of COVID-19 in Florida is also Governor Ron DeSantis’s refusal to take steps to mitigate the problem. A 2024 presidential candidate hopeful, DeSantis has gone so far as to sign an executive order threatening to withhold funding to school districts that issue mask mandates. School districts that had just recently reinstituted mask requirements in order to adhere to CDC safety guidelines have now reversed those decisions out of fear of repercussions from the governor’s office.

It remains to be seen if other World Poker Tour events – or even the World Series of Poker – will be affected by the surge of COVID-19 across the United States. While Florida is topping the COVID charts right now, the virus and its delta variant are a problem virtually everywhere, so it would not be a shock if more dominoes were to fall. Hopefully everyone will stay healthy and live poker can thrive.