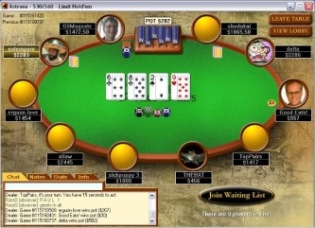 In an ongoing scandal that covers most of this year, a collusion ring based in China has been found on PokerStars, with the company providing few answers as to the depth of the alleged cheating or how their players were affected.

In a highly detailed thread on the Two Plus Two forums, the conspiracy involving “Double or Nothing” (DoN) sit and gos is laid out, including insight into the reactions from the leading poker room in the industry. In these particular PokerStars tournaments, half of the players who enter win double whatever the buy-in may be, with the other half of the field earning nothing. The alleged cheating ring based in China apparently targeted the higher end DoN sit and gos, which ran in buy-in from $52 to $104.

The thread, started on July 1st by poster “frobush,” recaps the DoN collusion scandal into a easier to read version than the previous unruly thread that had developed. On May 24th, a poster named “Jane0123” states that their account had been frozen since January 2010 and eventually closed by PokerStars. “Jane0123” – who can no longer be found through searches of the Two Plus Two forum – states in the original thread that they were questioned regarding “a relationship with 46 other players” who allegedly were located in China and, in particular, Hangzhou.

Upon closing the account, “Jane0123” is informed by PokerStars that “In reviewing hands it is clear that you routinely made team plays to create situations where you were supposed to benefit. You and your friends routinely played four and five players deep, and squeezed the blinds between two or more cooperating players (writer’s note – a technique known as “whipsawing”). After reviewing several hands, for several players, it became obvious that this was part of some kind of agreed-upon strategy.” The poster takes some flak from forum members regarding “being a cheat” before disappearing from the scene.

Several players post that they have played “thousands” of the DoN games, leading to many requesting information from PokerStars regarding the situation the next day. PokerStars responds to these requests with a form letter that states, “Due to the complexity of the situation to which you refer and the number of accounts involved, we have not yet begun to pay out compensation for this case. We expect that we will begin to process compensation within the next week, and players who receive a payout will get an email in due course.”

Over the course of June, the saga takes several interesting twists. One of the players allegedly on the original “Jane0123” list reappears in the DoN games, and many other posters note an influx of apparently China-based players having greater than normal success in the arena. PokerStars attempts to head off any issues by having one of its employees post in the thread stating that “the investigation is taking longer than normal due to the unusual nature of the case.” The employee, who is listed in the thread as “Michael J” from the PokerStars Game Security team, also goes on to say that players will be fairly compensated for the actions of the collusion ring.

By the end of June, PokerStars had set up a pool for compensating those players affected by the scandal. The amount of money in the pool is based on several factors involving the games and including a $250,000 bonus added by PokerStars. The final amount of money handed out by PokerStars eventually reaches $587,000, with roughly 4,000 players reportedly receiving refunds ranging from $5.20 to $8,424.13. In August, poster “nicegame” reports that PokerStars has anted up another $1.5 million to bring the total restitution pool to over $2 million.

The ongoing scandal apparently is still in progress, with players allegedly from the Chinese ring still in action on the DoN felt. Many players have detailed their playing schedule for the time in question (originally only January 2010, but now apparently stretching as far back as November 2009 and to as recently as April) and have been less than pleased with their compensation. Others allege that the ring was in operation for a much longer time span.

Poker News Daily contacted the Game Security division at PokerStars to ascertain where the case is at this point, including the length of time the collusion ring was active, how many accounts were in question, the official status of the security of the games in question, and the state of the investigation to date, among other issues. Although the questions are sensitive and a quick disclosure would reflect well on the company’s efforts to quell this issue, PokerStars has chosen to add this to their regular queue and not respond to Poker News Daily’s inquiries as of this afternoon.