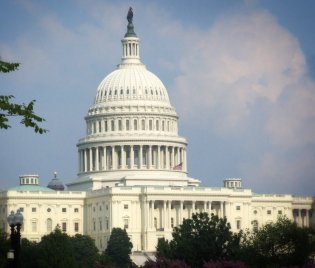 On Saturday afternoon, a fundraiser for Congressman John Campbell (R-CA) was held featuring “Grade A” poker pros like Barry Greenstein and Chad Brown, both PokerStars sponsored players. Later on in the day, Campbell headed to the Rio’s Penn and Teller Theater to check out play in the World Series of Poker (WSOP) Main Event, which was then eight-handed.

Campbell is one of 70 co-sponsors of Congressman Barney Frank’s (D-MA) HR 2267, the Internet Gambling Regulation, Consumer Protection, and Enforcement Act. The bill was passed out of the House Financial Services Committee back in July and currently awaits its time on the House floor.

On the possibility of action on HR 2267 during the upcoming lame duck session, Campbell told Poker News Daily in an exclusive interview, “There’s a little bit more of Congress left this year left in November and December called the lame duck session.  There is an outside chance of something happening for poker only passing in the lame duck session. But the odds are not real good on that right now. So, if we go into next year, we will have a different makeup in Congress and a different Chairman of that committee.”

Despite having a new set of Congressmen to both sway and educate on the issue, Campbell asserted, “I think we have a real opportunity on this next year. There will be almost a hundred new members of Congress, so it’ll be a hundred people who can have a fresh look at this.” Campbell is one of a handful of Republicans on the House Financial Services Committee who serve as co-sponsors of HR 2267. Others include Ron Paul (R-TX) and Peter King (R-NY).

Republicans took commanding control of the House in last week’s midterm elections, meaning that Frank will most likely not reprise his role as Chairman of the House Financial Services Committee. Who will fill Frank’s shoes and what effect his loss will have on the industry remain to be seen. Campbell, however, noted that the job creation benefits of bills like HR 2267 should not go unnoticed: “I think we will create a ton of jobs here in the U.S. and we will attract people who want to play and people who want to watch and be entertained from all around the world.  In this era right now in the government, we’re looking for revenue and jobs and this provides both.”

Campbell was integral in the markup of HR 2267 back in July. His amendment, the seventh one discussed, mandated that licensed internet gambling companies that accept wagers from U.S. residents be located in the United States. In addition, his amendment set a betting age of 21, decreed that the odds of winning games must be posted, and asked sites to create loss limits for gamblers. The marked up HR 2267 was approved by a 41:22 margin.