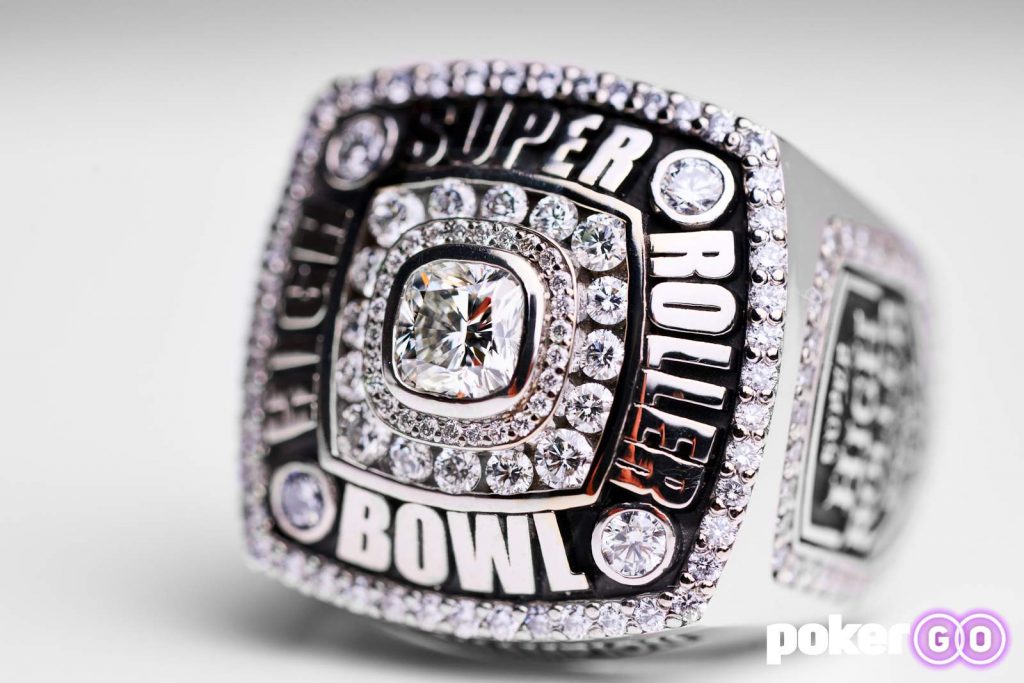 To say it has been a tough 2022 for Daniel Negreanu would be a more than accurate statement. It could also be said that you should not shed too many tears, considering his past success. That would all be reversed if he is able to hold on to the lead in the $300,000 buy in 2022 Super High Roller Bowl going on at the PokerGO Studios in Las Vegas currently in action. It’s still got a long way to go, however.

The efforts from PokerGO, who built an entire tournament circuit around “high roller” events, have been disappointing of late. The embarrassment of the Stairway to Heaven II, where the final two tournaments were canceled outright instead of paying out massive overlays, is still fresh in the minds of the poker world. Thus, it was important to see the 2022 Super High Roller Bowl get off to a good start.

The start boded well for this tournament, but it failed to hold up to its history. Four tables were in action at the beginning of the tournament, each with six players, and the combatants did not hold back to wait for more players to enter the fray. Overall, however, the tournament was only able to get in 34 entries by the time the doors closed; that is far from the days when PokerGO had to cap the field (in 2017, 56 entries came out and a China version in 2018 saw 75 entries in the ledger).

Only about two hours into the action, the first elimination would occur. Dan Smith went from his 300K starting stack to around 150K before he would get his final chips in. After Paul Jager limped into the pot, Smith would take the action up. Adrian Mateos pushed out a three-bet, however, which was enough to get Jager out of the way. Smith called and the two men saw a K-Q-4 flop.

Smith checked his option and, after Mateos fired another bullet of 14K, Smith called to see an Ace on the turn. The same action occurred – check from Smith, Mateos bet out 24K, call from Smith – and the dealer laid out the river deuce. With such a ragged board, you would not have expected much action, but that is exactly what occurred.

A third check from Smith tested the patience of Mateos, who put out a 120K bet for Smith to consider. A call would see Smith heading out (or at least to the cage for a permissible second buy-in), and a win would get him back over the starting stack. Smith decided to make the call and found that he was coolered; Mateos’ Big Slick was good for two pair and, while Smith had Big Chick (A-Q), it was only second best in this scenario.

Negreanu would surge to the lead as the beneficiary of a bit of good fortune, something he has been missing tremendously this year. After Bryn Kenney raised the betting from under the gun, Negreanu defended his big blind and saw a A-5-4 flop. Negreanu would check call a 5K bet from Kenney and, on the trey turn, Negreanu seized the betting lead. He pushed out 10K for contemplation, which Kenney simply called, and the river was dealt.

Another trey on the river was enough to set off the fireworks. Negreanu grabbed another stack of chips worth 25K, but Kenney was sure of his holdings. Kenney took the betting to 105K and Negreanu moved all in for his remaining 260K or so. Kenney was more than happy to call, and the cards went to their backs:

Amazingly, both men had hit sets, but that all changed with the second trey on the river. Negreanu had pulled a rabbit from the hat in hitting the sole card that could save him, the case trey for quads, and Kenney’s full house was no good. The hand would catapult Negreanu to the top of the leaderboard, where he would spend the rest of the evening.

There is a reason we’re stopping with only the top four. That is how many places will be paid in the 2022 Super High Roller Bowl. That does not mean there are not some talented players who can make a run at the top, including Andrew Lichtenberger (536K), and Jager (424K). Someone like Jason Koon (56K) or Cary Katz (122K) will have their work cut out for them. however.

The final fourteen players will reconvene at noon (Pacific Time) at the PokerGO Studios in Las Vegas. They will play down to the final table of six players, leaving open who will be the ones who will take some money from the tournament until Friday’s action. The entirety of the tournament will be streamed on PokerGO on a one-hour delay per NGCB rules.