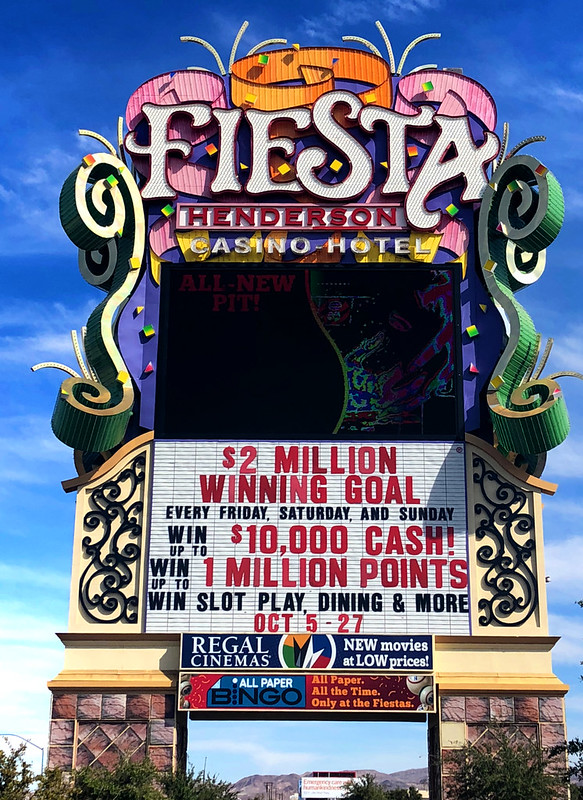 My wife hates change. She cannot handle a new television remote, a new laptop that has a different plug, or a toaster oven that isn’t exactly what she is used to. I’ll have to keep her away from the Las Vegas area, as two popular locals casinos are in the process of being demolished.

On Monday, both Texas Station in North Las Vegas and Fiesta Henderson in Henderson began their end-of-life journey from casino to rubble pile. The former opened in 1994, the latter in 1998, originally named The Reserve before it was bought by Station Casinos in 2001.

A group of Fiesta Henderson employees, as sad as they were to see their home away from home become a thing of the past, recently got together to hug, cry, celebrate, and say goodbye to the casino.

“There was always a lot of opportunity and it was just a great place to work in all my jobs this was the only place that felt like we were a family. It was just fantastic,” Chad Anderson, who worked there for 17 years, told Fox 5 News.

“We probably saw the same people two or three days a week you know so we really got to know them everybody knew everybody’s name. It was the locals place to come.”

Angie Johanson, a cocktail waitress who coordinated the reunion and team photo, said, “You know five days a week in this building for 18 years I mean more time with the people I worked with than my actual family.”

The pandemic sealed the deal

Texas Station and Fiesta Henderson, along with Fiesta Rancho, were closed along with every other casino when the COVID-19 pandemic hit the United States. Though the vast majority of casinos around the country eventually reopened, Station Casinos kept those three shuttered.

Palms Casino Resort also remained close, but Station Casinos sold it to the San Manuel Band of Mission Indians last year and it reopened this spring.

There was hope that the three casinos would eventually reopen, but Station Casinos confirmed in July that they would not just never reopen, but they would be demolished and the land underneath them sold.

“Even before the pandemic, they were our worst-performing properties,” Station Casinos President Scott Kreeger told the Las Vegas-Review Journal. “Post-pandemic, at least where we are today, we don’t see that it’s viable to reopen those properties for a couple of reasons. The majority of our loyal customers migrated to our other facilities, and we captured about 90 percent of that overall play. So these properties, to some degree, became duplicative.”

Station plans to use the money from the land sales to fund the development of a new “large-scale casino resort” in North Las Vegas, though those plans are in the early stages.

The company would also prefer that the land occupied by Fiesta Rancho, Texas Station, and Fiesta Henderson not be home to future casinos, both for competitive reasons and preferred land use diversity in the area.