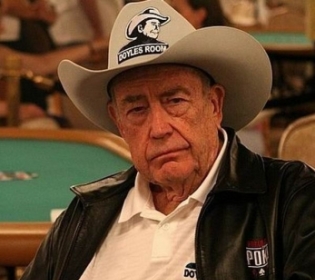 Today marks a new chapter for the USA-friendly online poker site DoylesRoom. Effective immediately, DoylesRoom is jumping ship from the Cake Poker Network to the Yatahay Poker Network, the latter of which features True Poker and BetCRIS as its flagship sites.

A press release distributed by DoylesRoom on Friday morning noted that the move to the Yatahay Poker Network would allow players to have a “customized poker experience and deliver everything they want in a poker room.” In order to begin playing on the new network, users just need to update their DoylesRoom software. The Yatahay Poker Network, like the Cake Poker Network, takes action from the United States, so USA players won’t be left out in the cold as a result of the switch.

Player accounts and balances will automatically move over to the Yatahay Poker Network as part of today’s transition. The option to download the client from DoylesRoom’s website had been unavailable for several days, leaving many to wonder what the future held for “Tex Dolly’s” home online poker room. A representative from DoylesRoom told Poker News Daily on Friday, “We are thrilled with our move to the Yatahay Network and the opportunity it presents. We have big plans for the future.”

On PocketFives.com, the rumor mill was churning as early as 10 days ago as to what the future of DoylesRoom would be. One poster wrote that the Cake Poker Network experienced noticeable changes following the departures of PlayersOnly and Sportsbook.com last year: “I play on Doyles. The fields have been [bad] since one of the major skins pulled out of the Cake Network, but I was enjoying the small fields there lately. Profit was still definitely there. Just no juicy ballin scores.”

Among those looking forward to new beginnings was Doyle Brunson himself, who commented in the same press release, “With our new software, we’re able to do our own thing in terms of promotions, software features, and customer service. For our players, that means a tailored poker experience with more rewarding promotions and incentives. I’m personally excited about what’s ahead.” Brunson has 10 World Series of Poker (WSOP) bracelets and is an icon of the industry.

According to PokerScout.com, the Yatahay Poker Network is the 38th largest worldwide with a seven-day running average of 73 real money ring game players and a 24-hour peak of 114. By comparison, the Cake Poker Network boasts traffic that is over 10 times those amounts. Yatahay’s cash game traffic is just ahead of that found on the iPoker Network’s French site.

DoylesRoom is home to a team of pros known as the Brunson 10, a group that includes Chris “moorman1” Moorman, who is one of eight finalists in the 2011 Aussie Millions Main Event. Moorman, a former #1 ranked player on PocketFives.com, will compete for an AUD $2 million first place prize on Saturday and faces competition that includes Full Tilt Poker pro Patrik Antonius. To date, Moorman’s largest live score is a $38,000 haul for making the Sweet 16 of the $10,000 buy-in No Limit Hold’em Heads-Up Championship at last year’s WSOP.

Stay tuned to Poker News Daily for more on this breaking story.