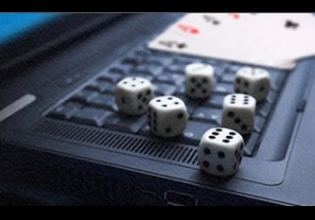 The opinions in this editorial do not reflect the positions of the ownership or management of Poker News Daily.

Exactly one year ago to this day, the online poker world in the United States changed in a flash. Like a thunderbolt from Zeus in the heavens above, millions of Americans opened up their particular favorite of the most popular online poker sites in the industry – PokerStars, Full Tilt Poker and the CEREUS Network rooms Absolute Poker and UB.com – and suddenly found themselves staring straight at American online poker’s Armageddon. The U. S. Department of Justice had announced indictments against the “Big Three,” seizing the sites in question and replacing their normally welcoming home screens with an ominous seizure statement. What has become known as “Black Friday” was on.

Since that dark moment of 2011 – and, to be honest, in the history of the game of poker, online or live – the poker world has had to come to grips with the repercussions of the Department of Justice’s actions last April. There are some facts to the situation that have arisen and they are something that the poker community, as a whole, might be able to agree on.

Someone Needs To Take Responsibility

Of the eleven men indicted in the original April complaint – and the three professional poker players, Howard Lederer, Chris “Jesus” Ferguson and Rafe Furst accused of being accessories to a larger scam in September – only the five payment processors charged in the case have appeared in front of a judge (and all have pled guilty). If the Department of Justice is truly looking to find, well, justice in this case, then they have to put ALL of the alleged offenders in the courtroom.

Implementing financial penalties against the alleged conspirators may be fine for some in the legal field and probably the government also, but the poker community would like to have the opportunity to hear from these alleged owners’ mouths just what occurred. While many of the alleged owners are outside of the legal arm of the Feds (Brent Beckley of Absolute Poker is the only alleged owner to appear in front of a judge and he pled guilty), the three poker pros who have been added to the indictment seem to be in the United States, at least if you believe several reports around the poker world.

It pains me to write that Lederer, Ferguson and Furst need to be in a courtroom due to the respect that I once had for these gentlemen. But it is only through a thorough adjudication of the accusations against them – and the entirety of the situation laid out before a judge and/or jury – that the poker world will be able to accurately determine their roles in the “Black Friday” indictments.

If they were truly unknowing of the situations that, in particular, Full Tilt Poker found itself in, then they should be able to prove that to the world. The other alleged owners should also have that opportunity. If they weren’t, then they should face a severe punishment (possibly even jail) to take responsibility for what has been inflicted on the poker world.

Poker As A Political Movement Has Failed

Since the indictments were handed down a year ago, there has been a tremendous push by a couple of organizations to “rally the troops” and push for the federal government to regulate and license the industry rather than shut it down. In fits and starts, there has been some movement on the issue but, as a whole, using poker as a political movement has been an unmitigated failure.

The grassroots-based Poker Players Alliance, founded seven years ago, has been at the forefront of the push for a regulated industry with varying degrees of success. With a membership in excess of one million players, the PPA has stated that they were responsible for “slowing down” the implementation of the Unlawful Internet Gaming Enforcement Act (UIGEA) of 2006, but this is roughly akin to saying the cancer still occurred but we were able to hold it off for a while. As a political action committee (PAC), which the PPA is, they seemingly will never have the force of effort as, for example, the National Rifle Association or other monoliths of the PAC world.

The PPA continues to try to get the poker community to let their representatives know their standpoint, but the “Daily Action Messages” that the PPA proposes seem to have little effect. Other than a couple of hearings in a minor House subcommittee over the last year, there has been no movement on a federal solution to the online poker question. With seven years under their belt, many in the poker world seem to believe that the PPA could have done more. (As a side note, I encourage John Pappas, the director of the PPA, to discuss this issue in further detail.)

Although it hasn’t had as much time, the Nevada casino supported Fair Play USA has been rather quiet on the issue as well. This could be due to the fact that one of their prominent advisors, former FBI director Louis Freeh, has had his hands full with the investigation into the scandal at Penn State University from 2011. Since their inception last year, there have been few statements from the organization and even less action regarding their push for federal regulation of the online poker industry.

Even on the state level (after the December 2011 decision by the DoJ that the Wire Act of 1961 only applies to sports betting), the online poker question has had issues. Although Nevada is looking to become the first state to offer its citizens online poker, other states – such as Iowa, New Jersey, California, Florida and others – have either outright rejected opening up online poker or have tied up the issue in debate in their legislatures. As you can see, poker as a political movement doesn’t seem to have the ability to drive elected officials to move on the issues at hand.

From the first inklings of “Black Friday,” the poker community has either looked at the issue with a tremendous sense of optimism or a great deal of naïveté. Days after the indictments were announced, many in the community said it would be “only a short time” before the casino interests of Nevada would push through a federal mandate regarding online poker. The indictments, in theory, were pushed to clear the field for the Nevada casinos. As the months wore on, this likelihood has become even more miniscule (see the last segment) and doesn’t seem to be gaining any ground one year after “Black Friday.”

Players at the poker rooms affected the greatest by the closure, Full Tilt and CEREUS, seemed also to believe that their bankrolls would be returned to them with no issues. As we have seen, this has also not been true (PokerStars, for its part, moved quickly on the repayment issue and continues to be the dominant force in the online industry). But there are still people out there who believe that it is going to happen, ignoring the evidence to the contrary.

Although there are numerous people who have been affected by the April 2011 indictments – not only players who made their livings from the online game but also employees of the poker rooms, a wealth of poker journalists and even some B&M casinos that had aligned themselves with online poker – the lack of logical review of the situation, as dire as it is, seems to have escaped many.

The Game Of Poker Will Go On

One reassuring thing that has been seen over the past year since “Black Friday” is that the game of poker will go on. Right after the indictments were announced, many pundits (this writer included) predicted that the World Series of Poker would suffer from a seismic catastrophe in the number of players, something that had never happened in its history. Instead, the 2011 WSOP set records for player numbers, prize pools and had its third largest Championship Event in its history. With the 2012 WSOP on the horizon, a million dollar charity event will be played and it is expected that this year’s event will surpass last year.

On other major tours such as the World Poker Tour and the European Poker Tour, the players continue to flock to the tournaments, although the buy-ins may be a bit lower. Perhaps driven by online poker (PartyGaming owns the WPT and, of course, PokerStars the EPT), there has been steady attendance at many of their major events. Even smaller tours, such as the Heartland Poker Tour and the WSOP Circuit events, have been able to weather the storm.

While the game of poker has been deemed a “fad” of the 21st century, the reality is that the game continues to run strong (as it has since the 1800s). If there’s one thing that can make us feel better about poker after the trials of the year following “Black Friday,” it is this factor.

What are your remembrances of the past year?