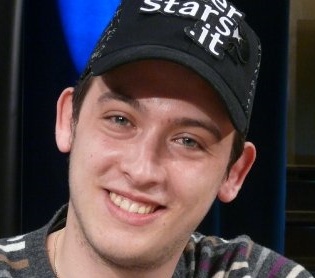 When the 2010 World Series of Poker (WSOP) Main Event resumes on November 6th, Filippo Candio will hold the sixth largest chip stack at the Rio at 16.4 million. The Italian is the lone European at the final table and sat down with Poker News Daily to preview the $10,000 buy-in tournament’s conclusion.

Poker News Daily: Tell us what it feels like to be representing your home nation of Italy at the Main Event final table.

Filippo Candio: It is a great honor to represent my country at the final table of the World Series of Poker Main Event. It’s the stuff dreams are made of!

PND: What preparations will you be making for the November 6th resumption of the final table? Studying your opponents? Tweaking your own game?

Filippo Candio: Nothing more than usual. I will be planning on playing my A-game throughout the final table and hopefully bringing back the bracelet. If I continue the way I was playing, I don’t feel I need to change too much.

PND: How hard do you anticipate it will be to get back into the groove of the Main Event come November after a 100-day break?

Filippo Candio: Not hard at all. I’ve been playing a fair bit anyway, so it’s not like I haven’t been playing poker for four months, but I think I’ll need to sharpen up a bit.

PND: Which poker players do you admire the most and why?

Filippo Candio: Phil Ivey and Patrik Antonius are my favorite players because they are simply the best in the world. I think everyone wants to be able to play like them. They have so much respect and deservedly so.

PND: What’s the number one interview question you’ve been asked by the poker media since July and how have you responded?

Filippo Candio: I think it would have to be, “How does it feel to be on the final table?” I usually respond with the same answer because it truly is an amazing feeling.

PND: Would it be a major disappointment if you didn’t win or is making the WSOP Main Event November Nine an accomplishment in itself?

Filippo Candio: Making the final table is the biggest accomplishment I have ever had. It’s a great honor to have just made it that far, but everybody wants to win in life and I’m the same. Winning would be great, but I’ve been lucky enough to make it this far, which for me is almost the same.

PND: Are you planning to seek any coaching leading up to the final table?

Filippo Candio: I highly doubt it. I’m pretty happy with my game at the moment, so I’m most likely just going to continue trying to improve any leaks by myself.

PND: How did you get started in poker?

Filippo Candio: I started when I was younger, probably about 18. I was playing a lot with friends before I realized I could make a fair amount of money from the game.

PND: Who will you be bringing with you to support you in Las Vegas?

Filippo Candio: Mainly just a few members of my family and a few friends.