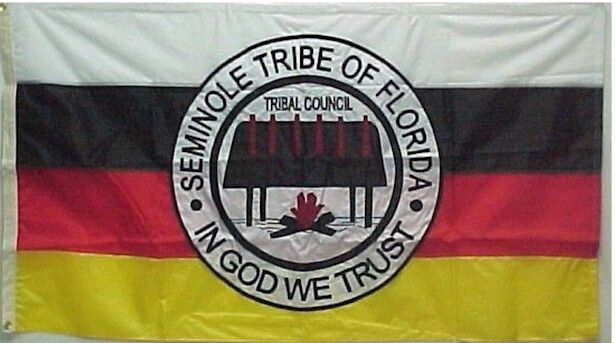 When the gaming compact between the Seminole Indians of Florida and the state of Florida was signed in April many, including the governor of Florida Ron DeSantis, expected challenges to the compact. DeSantis and others felt, however, that gaming would be allowed to continue unabated. That ended last week as the Seminoles decided to shut down their online sports betting operations rather than risking violating federal court decisions.

Around Thanksgiving, Federal District Court Judge Dabney Freidrich ruled in favor of the lawsuits that had been brought by a local business. The Haverick Family, which is the owners of two pari-mutuel tracks in Florida located at the former Naples/Fort Myers Dog Track and the Magic City Casino in Miami, had brought two lawsuits, one in state court and one in federal court, which was the case facing Judge Freidrich. The lawsuit made a strong contention that the compact, as created, violated federal gaming guidelines.

The Haverick suit pointed out that, while Indian casino gaming is allowed under the Indian Gaming Regulatory Act, it is also strictly limited to tribal lands. The key part of the recent compact signed by the Seminoles and the state of Florida allowed for the Seminoles to offer online sports betting to customers. This betting would not be restricted to being on tribal lands, however; it could be accessed by anyone in the state with the proper tools (laptop or cellphone) which would link in through the Seminoles online gaming operation.

This is the “hub and spoke” method of gaming. The “hub” is the gaming operation itself, in this case the Seminoles’ sports betting site, while the “spoke” becomes the individual persons betting from off of the reservation. In the view of the Haverick lawsuit, this violated the Indian Gaming Regulatory Act, and Judge Freidrich agreed with their viewpoint.

The Seminoles appealed the decision, citing their belief that, because the servers for the sports betting are located on Seminole land, it is permissible. They also cited the money that the tribe had spent in setting up and starting the sports betting operations over the previous month. The Seminoles reported that they had spent upwards of $50 million to get the operation going and any shutdown would be detrimental to the tribal operations.

Unfortunately, this did not sway the appeals court. The three-member panel refused to allow the Seminoles to continue to accept bets on the site, forcing the Seminoles to shut down operations last week. Some bets were still paid out for events that concluded before December 4, but any bets placed on activities after that point were voided. Furthermore, no new bets would be allowed, no new accounts could be created and any players that had an active account could only access it for withdrawal purposes and no further wagers.

The federal court’s shutdown of sports betting in Florida was to be expected. Despite the creative work of the Seminoles, the “hub and spoke” system does appear to be a complete violation of the IGRA. Furthermore, the Florida Constitution states that any new gaming has to be approved by the voters through a referendum (that Constitutional amendment was passed in 2018). While the Seminole Tribe has claimed that the federal government “approved” the compact, in reality the Department of the Interior did NOT rule, instead allowing the 45-day review period to expire without comment and allowing the courts to settle the issue.

There is also a sizeable movement to post another Amendment on the ballot in 2022. This move is to allow for statewide sports betting by approved licensees, not the monopoly that the Seminoles would have under the compact. The current compact in the federal court case has also come under question for its length; it is set to cover the next 30 years, an unheard-of period for such a compact to be operational and relevant. As a result of the moves by the federal courts, the future of sports betting in Florida is quite murky.