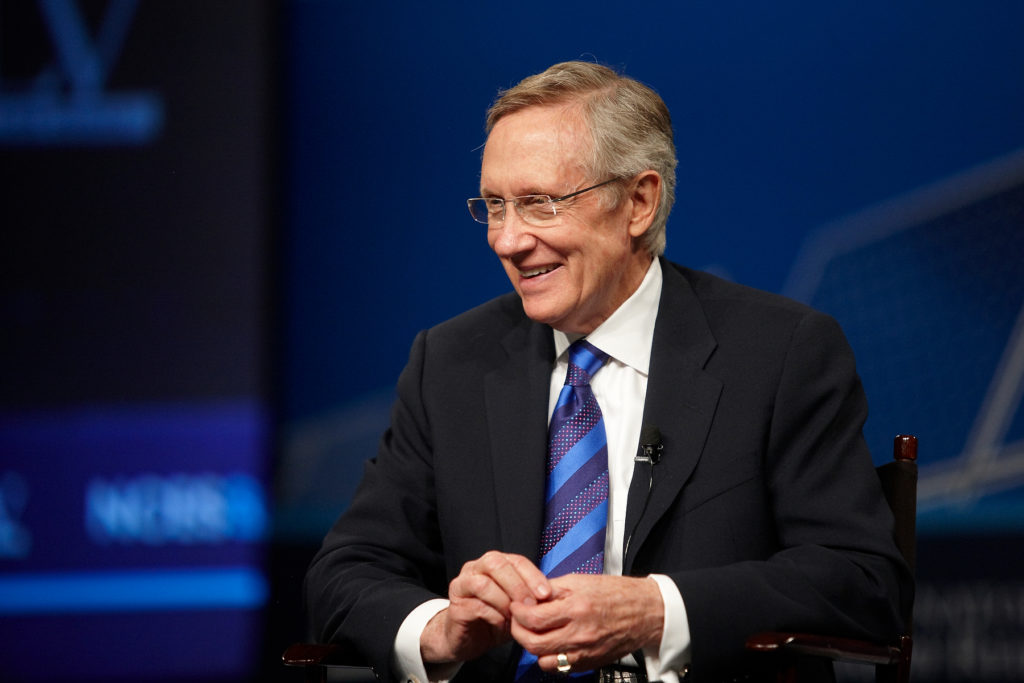 The leading online poker proponent in the Senate

Former Senate Majority Leader Harry Reid (D – Nev.) passed away on Wednesday at the age of 82. Reid underwent surgery for pancreatic cancer in 2018 and said in early 2019 that he was in remission. According to his wife, it does appear that his death was cancer-related.

Senator Reid was known to poker players for most of the last several years of his Senate career as one of the staunchest supporters of online poker on Capitol Hill. He was a powerful ally to have on our side, but unfortunately, was never able to get online poker legalized on the federal level.

Reid’s strongest push came in 2010, when it seemed like his Internet Poker Act of 2010 had a legitimate chance to either pass on its own or in some form or another get tacked onto the tax relief act. On December 16, 2010, however, the Poker Players Alliance announced that the bill was dead. Then-PPA executive director John Pappas told Poker News Daily, “When the tax package fell through and things became much more political for it – not related to our bill – it became clear that another controversial addition to the tax bill could sink it.”

Pappas tried to sound optimistic about online poker’s chances in 2011, but with a Republicans taking control of the House of Representatives that year, it was highly unlikely anything would happen. Pappas said, “The online poker bill that was floating around needs some improvement, so the PPA wants to go back to Senator Reid and talk about how we can improve on his current draft. There’s going to be a renewed focus in the Senate and we’ll be taking some of the legislation in a different direction so that it’s not focused on the Financial Services Committee, where we have a known opponent.”

But that was it. The poker community was divided on the issue. This was post-UIGEA, but before Black Friday (just a few months before – had we known online poker would shut down in the United States in April 2011, the bill’s skeptics might have change their minds). While yes, online poker would have been made legal, there were several parts of the bill that were pretty awful: there would have been a 15-month blackout period before sites could get licensed (a way to let U.S.-based casinos and other companies get their online poker plans in gear to catch up to the big players like PokerStars), players outside of the U.S. would be locked out for three years, and individual states could still choose to opt-out (or opt-in, depending on how the law would’ve been structured).

Because of the flaws in the bill, many wanted to just stick with the status quo.

Reid tried again a couple years later, teaming up with one of online poker’s top enemies, one of the co-creators of the UIGEA, Senator Jon Kyl (R – Ariz.). It had the same 15-month blackout period, but added a massive five-year penalty box for sites like PokerStars that took action from players in the U.S. after the UIGEA. It also would have made all other online gambling except for horse racing betting illegal. It never went anywhere.

Senator Reid’s online poker legacy was tarnished in 2015, the year before he retired from public office. It was then that he did an about face, saying on radio station KNBR’s “State of Nevada” that “online gaming is not good for our country.” He said that he would support any legislation in the House of Representatives that aimed to ban online poker and that if it made it to the Senate, he’d put his efforts behind it.