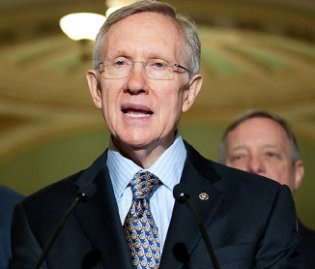 Pappas told Poker News Daily that a highly charged debate over the tax measure was largely to blame: “When the tax package fell through and things became much more political for it – not related to our bill – it became clear that another controversial addition to the tax bill could sink it.” Reid’s bill would have opened the online poker market in the United States to current operators like Caesars Entertainment, which owns the rights to the annual World Series of Poker.

U.S. President Barack Obama struck a deal with Republicans on the contents of the tax relief act, which perhaps closed the door to other bills being added.

Now what? With the Republican Party taking control of the House of Representatives in 2011, pro-internet gambling allies like Congressman Barney Frank (D-MA) may take a back seat. Frank, whose HR 2267, the Internet Gambling Regulation, Consumer Protection, and Enforcement Act, garnered 70 co-sponsors and sailed through the House Financial Services Committee in July, will likely lose his post as Chairman. In his stead could be staunch internet gambling opponent Spencer Bachus (R-AL), whom the PPA graded an “F” in its Congressional Ratings Guide.

Looking ahead to 2011, Pappas told Poker News Daily, “The online poker bill that was floating around needs some improvement, so the PPA wants to go back to Senator Reid and talk about how we can improve on his current draft. There’s going to be a renewed focus in the Senate and we’ll be taking some of the legislation in a different direction so that it’s not focused on the Financial Services Committee, where we have a known opponent.”

Two years ago, Bachus, the current Ranking Member of the committee, erroneously quoted a study from McGill University linking internet gambling to suicide. The Alabama lawmaker asserted in a June 2008 hearing, “McGill University found that one-third – one-third – of college students who gambled on the internet ultimately attempted suicide. That is why the rate of suicide on our college campuses has doubled in the last ten years.” In fact, no such study had ever taken place.

On Wednesday night, ESPN.com published an article declaring Reid’s bill dead. Pappas told the Connecticut-based news outlet, “Sadly, some politicians remain with their heads firmly in the sand. The leadership of the Poker Players Alliance got the debate this far and we are determined to see this through.” The Hill reported that the ongoing lame duck session on Capitol Hill is scheduled to end on Friday, although reports during the week have surfaced that lawmakers may remain in Washington, DC until close to Christmas.

Last weekend, adding language legalizing and regulating online poker to a must-pass omnibus spending bill appeared to be a possibility according to Bloomberg, but Pappas explained that adding another earmark would “make things more complicated.” The Senate approved the tax relief bill on Wednesday, with the House potentially set to follow suit this afternoon.

Pappas was scheduled to tape a segment about the online poker bill with Bloomberg that will air on Friday at 11:45am ET. Pappas will speak on behalf of the 1.2 million member strong lobbying group that has become the main voice for poker players in the United States. Four years ago, the PPA stood at just 50,000 members.

Reid’s bill won’t officially be dead until the clock strikes Midnight on the 111th Congress. Pappas concluded with a silver lining: “We always knew we had a chance to pass legislation during the lame duck session, but it fell short. But, I think there’s significant momentum going forward. We’ve done a good job of convincing lawmakers that the status quo isn’t acceptable.”

Keep it tuned to Poker News Daily for the latest developments from Capitol Hill.