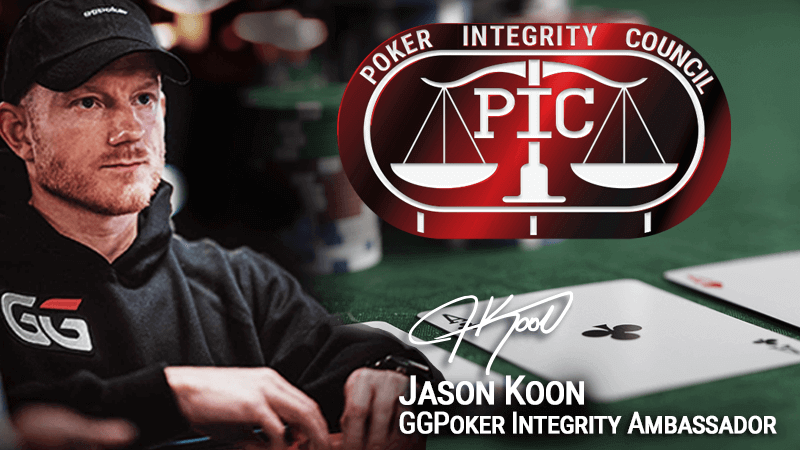 It has been an issue in poker overall – and in online poker especially – for decades. How do you ensure that those who cheat in the game are punished fully for the transgressions that a person, a team, or a group has committed? Long there has been discussion about the subject, but not much has been done about it – until now, when GGPoker has grasped the bull by the horns. The question is…will it succeed?

PokerNews.com’s Jon Sofen learned of the moves by GGPoker and was able to confirm them with one of the members of the group. GGPoker has created the Poker Integrity Council, which is looking to stanch the amount of cheating in the online poker world. According to Sofen, not only is this Council going to look at online actions, but it will also be working with LIVE poker organizations and tours in an attempt to influence the overall game. “The purpose of the Poker Integrity Council isn’t to just kick cheaters off the GGPoker platform,” Sofen writes, “it is also to eliminate cheating altogether in poker, online and in live games.”

The men that have been gathered for the Poker Integrity Council certainly run the gamut of poker sites and organizations. Two of the Council members are from GGPoker, Jason Koon and Fedor Holz. The World Poker Tour’s LearnWPT is represented by Andrew Lichtenberger, while Seth Davies of Run it Once and Nick Petrangelo of Upswing Poker round out the five-man band. Koon, in particular, was quite pleased to start with the work of the Poker Integrity Council.

“I joined GGPoker with an important objective in mind: to help GGPoker make their poker games more secure and fair than ever,” Koon stated to Sofen. “It is an honor to launch the Poker Integrity Council…(and) our long list of allies also means that the wider community will be better protected via the industry-wide blacklist.”

“We’re sending a united message that there’s no place in this game for cheaters,” Koon finished.

What Will the Poker Integrity Council Look For? And Will it Succeed?

Sofen states that the Poker Integrity Council will investigate “integrity issues” on a case-by-case basis. It was not indicated, but it is assumed that this currently will only occur on the GGPoker platform, as no other online poker operation has signed on with the group. Things like real-time assistance (RTAs), “ghosting,” or other less than scrupulous activities are going to be the target of the Council, who will then make rulings that will be binding on GGPoker. Punishments are expected to range from a simple warning to banishment from the site and confiscation of money.

The biggest point of the work of the Poker Integrity Council is that they will be suggesting to the major live operations and other online poker sites that their decisions be extended to their properties and online arenas. If a player is banned on GGPoker, then they would be banned from the WSOP, the WPT, and other groups and organizations. With enough support, the player would essentially be blacklisted from ever taking part in poker again.

The goals of the Poker Integrity Council are admirable and have been long needed in the world of poker. The question becomes will they succeed.

The practice in the past has been for these individual sites and organizations to do things in a private manner. They do not release player names, however, meaning that a violator could come back, in some form, and start playing again. There are plenty of stories of this that have run across the history of online poker.

It also would be interesting to see how it would be applied. The creation of the Poker Integrity Council comes on the heels of the accusations about RTA usage against Ali Imsirovic and Jake Schindler and the allegations of a collusion and ghosting ring operated by Bryn Kenney. All these things allegedly happened on GGPoker and, in a rare occurrence, allegedly saw PokerStars and the European Poker Tour deny entry into their Monte Carlo High Roller events for Imsirovic and Schindler. How would these issues be treated and would the “superstars” of poker be treated differently than a bot ring from China, for example.

The history of poker, however, has been one in which a blind eye has normally been turned to such activities. In fact, often those who have bent the rules in their direction have been glorified in the world of poker (people who watch Rounders are more impressed with Worm, the cheater, than Mike McD, the honest player). You could start a wing of a physical Poker Hall of Fame with the cheating devices that players have used over the years, including the marking of cards and “shiners.” Thus, the term “poker integrity” might be a misnomer.

There is a great deal that could be done to clean up the world of poker. The steps by GGPoker with the Poker Integrity Council are quite admirable, but if nobody follows their advice – or their decisions are easily ignored in the rest of the poker world – then its level of success will be seriously undermined.