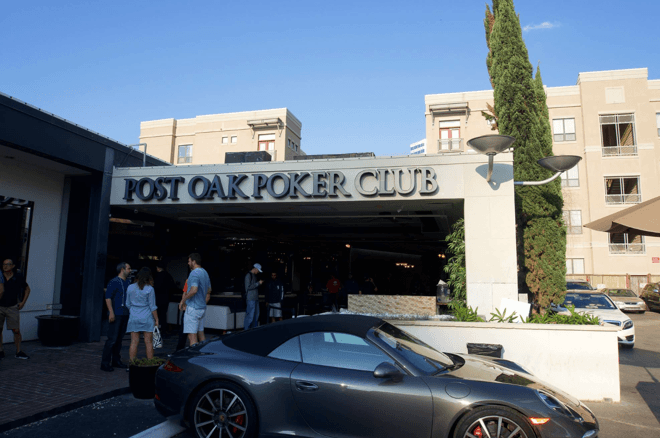 The saga of the city of Houston and its poker clubs has to be one of the top stories of 2019. With arrests made and allegations of illegal money laundering, it seemed as if law enforcement had the upper hand. With the collapse of the case against those clubs, however, it is now pulling back the curtain on the legal system in Houston and the politicians and attorneys who were involved and roiling the political system.

After learning that an advisor, Amir Mireskandari, to Houston District Attorney Kim Ugg had been involved with two Houston poker clubs – the Post Oak Poker Club and the Prime Social Poker Club – charges had to be dropped by Ugg because of a conflict of interest. According to reports, Mireskandari allegedly was paid a fee to write legislation that would ease the way for the two businesses to become legally licensed in the city for their operations. While Mireskandari continues to deny these allegations, other people in the Texas political scene are feeling the heat from their associations with Mireskandari.

According to reports from the Houston Chronicle and reporter Zach Despart, Mireskandari was a prominent booster in campaigns for several Democratic politicians in the city and county. Such people as Harris County Judge Lina Hidalgo, Harris County Commissioner Adrian Garcia, Texas Attorney General candidate Justin Nelson and others were introduced by Mireskandari to operators of the poker clubs in question. Photos at the Chronicle show two of the owners of Post Oak Poker Club posing with Houston Mayor Sylvester Turner in December 2018, although Turner denies ever meeting the men.

These men and others are now disavowing any association with Mireskandari or the poker club owners. Fort Bend Country District Attorney Brian Middleton was one of the most vehement deniers, remarking in Despart’s article that, if he had known that Mireskandari was involved with the poker clubs, he “wouldn’t have had anything to do with him. Period.” Middleton also returned a $15,000 contribution from Mireskandari’s political action committee (PAC) Texans for Fairness

The entire Houston situation has either been one of solid, investigative work by law enforcement or a Keystone Kops routine that went awry. In May, police stormed the Post Oak Poker Club and Prime Social Poker Club, taking in nine people who were either the owners of said clubs or employed as management by the clubs. None of the patrons in the clubs at the time were arrested, but other card rooms in the state of Texas took note and some suspended their operations.

Things began to unravel for Ogg and the Houston authorities in July. Investigation revealed the alliance between Mireskandari and the two poker clubs, including his work regarding lobbying for the regulation of their businesses. After further examination, Ogg was forced to drop the charges against the owners and managers and return more than $200,000 in cash that was seized in the raids (Ogg did forward the case to the Federal Bureau of Investigation, however). The next month, Harris County officials were forced to drop “nuisance” charges against the two operations. The reason for the cancelation was that, without a criminal case to back them up, the “nuisance” violations could not be proven and, thus, prosecuted, although they can be refiled at any time.

The debacle in Houston has also brought the focus of the national media. New Yorker magazine published a lengthy story, detailing out the efforts of Mireskandari and the number of politicians and law enforcement personnel he has been able to sidle up beside. It also probes the birth of the Texas poker clubs and why they believe that they are legal, despite what the law might say.

Whether this is the end of the Houston story remains to be seen. One thing that DAs hate the most is being shown up by someone they’re prosecuting, and the Houston poker clubs have certainly done that. But Prime Social isn’t letting the case go either, suing one of their former attorneys for $1 million for misrepresentation, negligence and breach of fiduciary duty regarding their work in getting regulations passed. We may not have written the final words on the Houston poker club scene just yet.