Home Just for the Ladies? Best Poker Books by Women 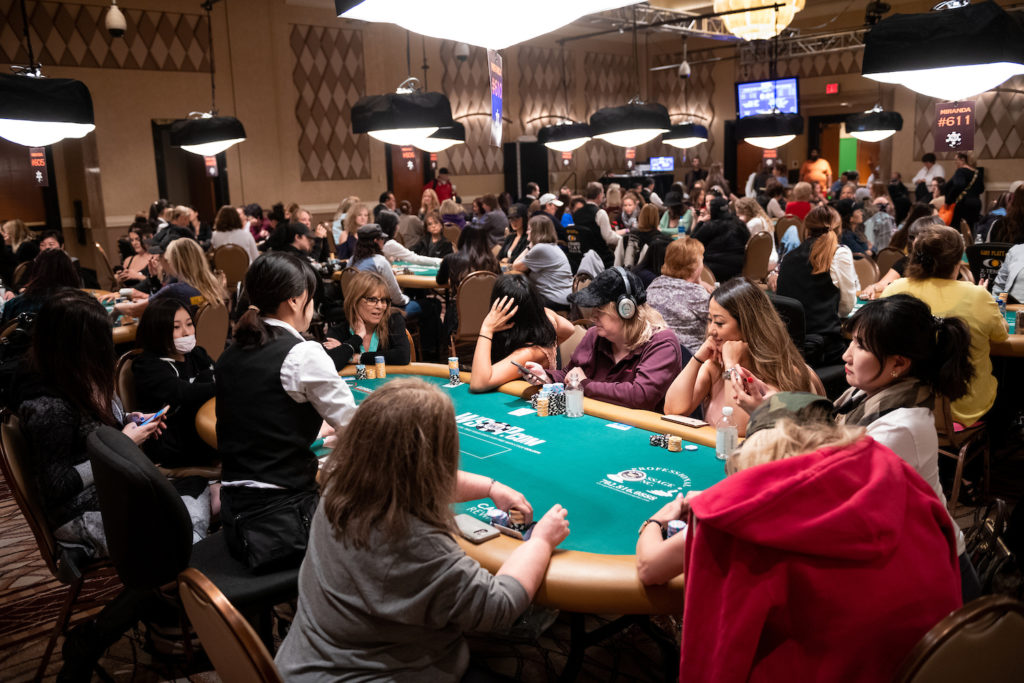 Last week, one of the more anticipated books of 2020 about the world of poker hit the bookshelves (both virtual and physical) around the world. Psychologist Maria Konnikova’s The Biggest Bluff, her tale of her journey through the world of tournament poker as the protegee of Poker Hall of Famer Erik Seidel, has been greatly anticipated since Konnikova started her trek back in 2018 and through the 2019 (and final) PokerStars Caribbean Adventure towards an end goal of the World Series of Poker. As we pore through The Biggest Bluff (review forthcoming), it did get many to thinking – what are the best poker books written by women? Here at Poker News Daily, we’ve come up with a Top Five that are worth the time to look over.

You might have to do a bit of hunting to find this one, but the two-time Women’s Champion Isaacs’ books are well worth the time to discover. Written back in the late 90s and repackaged as a two-book set in 2006, Isaacs books delivered on all the areas that were important. In Book One, Isaacs regaled her readers with stories – true? Tall tales? Who knows? – with stories from her time in poker and how it made her the woman she would become. It set the plate for what would be a particularly good second part of the book series.

In Book Two, Isaacs delved into strategy talk about poker, something that no woman had done at that time. Isaacs looked at tournament strategy for three disciplines of poker, Texas Hold’em (both Limit and No Limit) and Seven Card Stud. Isaacs looked at a tournament in four stages: The Starting Gate (opening play), Round the Turn (middle stage), The Homestretch (late stage) and The Finish Line (final table). This manner of breaking down the tournament aren’t out of the ordinary to see, even in today’s poker writings (it also, considering it was written a while ago, isn’t that out of date).

Together, these two poker books from Isaacs will provide some great entertainment and some of the info is still quite good!

In her no-holds barred approach to the game, Bochan laid the law down for the ladies and told them, in no uncertain terms, that THEY were the ones that were in command of their game at the table. Bochan wasn’t above using her feminine wiles, however, devoting some time in the book to how to use “being a girl” to maximize your winnings at the table. Written back in 2005, Bochan “broke the glass” regarding using the benefits of being a lady at the table; she wouldn’t be the last, however.

Hulbert, long considered one of the bets Seven Card players in the game, had plenty of stories when she put together her book in the fall of 2005. More of a free-thought project, Outplaying the Boys was replete with rules and tips that women should use when on the felt and against whoever they were facing. Hulbert was brash with her book, speaking to women like…well, women speak…but she always made sure to give some excellent advice for women on the felt.

2. Annie Duke, How I Raised, Bluffed… AND Thinking in Bets

Whether you like her or not, Annie Duke has contributed a great deal to the poker literary landscape. In her first book, How I Raised, Folded, Bluffed, Flirted, Curse and Won Millions – And You Can Too (arguably the longest title in the history of poker books!), Duke mixed an autobiography with some strategy thoughts to come up with a book that was both highly entertaining and informative. This book came after she won the 2004 WSOP Tournament of Champions (and its $2 million payday) and took the readers inside her mind for that event.

As is known, Duke has moved on from poker nowadays, but she couldn’t get away from the game with her last book. Thinking in Bets was supposed to be a “business” book, but it was based on how Duke’s experiences in poker helps her in making the correct decisions in business. While she wasn’t trying to write a poker book in 2018, she arguably accidentally did a better one than How I Raised.

1. Victoria Coren (now Coren-Mitchell), For Richer, For Poorer: A Love Affair with Poker

If there were one book written by a woman that I would compare to Barry Greenstein’s legendary Ace on the River, it would be Coren’s work. Published in 2009, Coren came up with the perfect look at her life, how poker became such a big part of it, the fun (and the sadness) that came along with the game and presented it in that very straightforward British manner that made it a fabulous book (she calls herself out on her “bollocks” when appropriate!). It also covers her victory at the European Poker Tour London in 2006, when she became the first woman to win an EPT Main Event (and would go on to become the first person ever to win two Main Events on the EPT after winning the 2014 EPT San Remo).

When he penned Ace, Greenstein talked about many things in the poker world that aren’t considered when people think about the game. Coren did the same thing with For Richer, but she gave it a very personal feel. Coren also was careful to write a book that didn’t really broach the “strategy” ideas, but that didn’t make it any lesser a book – in fact, simply making it her “love note” to the game and focusing only on that aspect probably made the book better.

Where will Konnikova’s book end up? And are there some others that should have made the list (never got a copy of the “Black Widow’s” book!)? Let us know in the comments below!