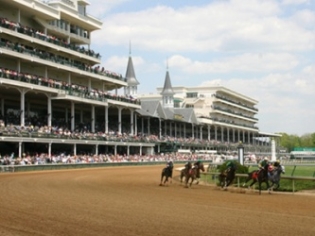 Here we go again. On December 6th at 9:00am ET, a hearing is scheduled in front of Judge Thomas Wingate in the case involving the seizure and potential forfeiture of 141 internet gambling domain names in Kentucky, including those belonging to PokerStars and Full Tilt Poker. This time, Kentucky attorneys have asked that the 141 sites be split up into several groups.

Legal documents filed by the Commonwealth read in part, “In order to effectively manage the large number of sites, the Commonwealth suggests that the determination of identification and ownership of sites occur in groups. The Commonwealth requests that the initial group consist of playersonly.com, sportsbook.com, sportsinteraction.com, mysportsbook.com, and linesmaker.com.” Anyone who claims to be an owner of these five sites is asked to file a motion to intervene within 30 days, although the aforementioned hearing is scheduled for December 6th.

Representing many of the sites in question to this point has been the Interactive Media Entertainment and Gaming Association, or iMEGA. The organization’s Chairman, Joe Brennan, told Poker News Daily on Tuesday, “We look forward to meeting them in court again because we are fairly comfortable that we’re going to prevail.” Brennan and company took the original domain name case all the way to the Kentucky Supreme Court, which sent the legal action back to the trial court two months ago to determine who had standing in the case.

Brennan added that iMEGA plans to make a motion to intervene on behalf of the first group of sites; whether that motion will be granted remains to be seen. A Status Report filed on Monday by Kentucky attorneys noted, “The Kentucky Supreme Court has held that neither iMEGA nor IGC have established standing in this matter. Moreover, neither iMEGA nor IGC claim to represent playersonly.com, sportsbook.com, sportsinteraction.com, mysportsbook.com, and linesmaker.com or their owners.”

Brennan explained that if iMEGA were denied standing, it would seek the intervention of the Kentucky Court of Appeals, mirroring how the original legal action played out. To assume standing in the first round of legal battles, the owners of the domain truepoker.com, one of the 141 sites at risk, asserted that they were members of iMEGA and filed an affidavit. Brennan also filed an affidavit claiming truepoker.com’s membership to the trade organization.

However, Kentucky attorneys questioned their legitimacy, explaining in the same document, “The Commonwealth takes issue with iMEGA’s assertion and questions the adequacy of the affidavits, pointing to an unconventional and arguably improper notarization. Moreover, the Commonwealth has presented contrary evidence of another entity’s ownership of the domain name.”

If the Commonwealth were successful in forcing the forfeiture of the domain names in jeopardy, they could be unavailable not just in Kentucky, but also around the world. Full Tilt has sought a court order protecting its domain should Kentucky ultimately emerge victorious. Full Tilt, Party Gaming, and Microgaming have also come under fire in Kentucky in a separate case seeking to recoup funds lost by state residents on those sites.

The Kentucky internet gambling case first came to life in September 2008 when the 141 domain names were allegedly seized without due process. The Commonwealth’s lifeblood is its horse racing industry, whose pinnacle event is the annual Kentucky Derby, held on the first Saturday in May. The state permits online wagering on horse racing through sites like TwinSpires.com and legalized riverboat gambling exists across the Ohio River in Indiana. The Kentucky Lottery also has an online second chance game.